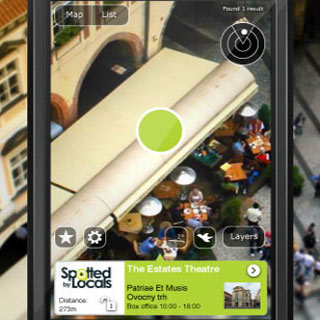 There couldn’t be more than a handful of people who don’t find the news from Layar quarters to be exciting. Layar Stream that reveals the Augmented Reality content available around users has been announced by Layar.

The Layar Stream works to produce a stream out of the 1.2 million AR objects served diurnally by Layar. The stream is viewable without requiring users to hold the phone up or move it around. When a particular object is selected, the layer opens and may be viewed as AR. The stream can be optimized by using keyword, category and distance filters.

Raimo van der Klein, CEO of Layar, declared “Layar Stream is the necessary building block to make Augmented Reality part of every day life. There is a whole augmented world out there that is waiting to be discovered. You just need to tap into Layar Stream”

The ranking is founded on the company’s very own algorithm that employs contextual elements like location, usage and popularity of content in all published layers. Layar Stream includes information on the type of available content and whether it contains 3D objects, images, video or audio.

Layar Stream will be made available in the upcoming release of the Layar Reality Browser. Meanwhile, the company has invited publishers to get their AP content indexed by Layar Stream.