Google is partnering with Lava to launch a new Android One smartphone for Rs 12000 on July 14, but there’s no official announcement about it as yet. The most significant part of the story is that the handset will be sold through online and offline retailers this time round.

Laval’s Android One device will have 2GB of RAM instead of 1GB and a screen size of 5 inches as opposed to the earlier 4.5-inch one. These changes evidently come at a cost since the rate of the unannounced phone has doubled from what vendors were selling them for last year. 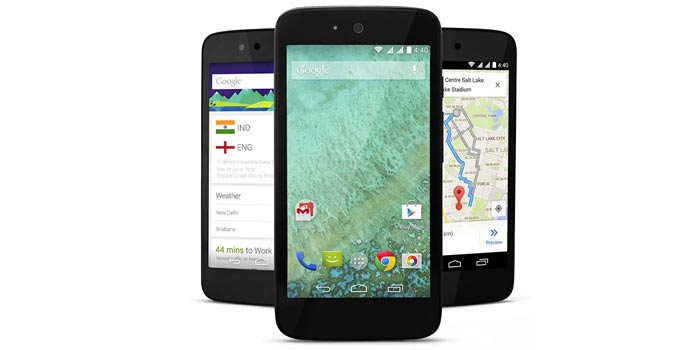 No other partner apart from Lava is know to be involved in the making of the new device and as mention above, Google has modified its approach to make it purchasable from all channels, according to a report in the Economic Times. The other major upheaval involves the production process of the handset.

Micromax, Karbonn and Spice introduced their own products based on the Android One platform last year. They couldn’t make a big impression in the over-saturated entry-level Indian market where the units were competing not only against each other, but also against other handsets running on Android as well.

The companies had to take the smartphones from Chinese original device makers and did not have control over the hardware and software. Google has developed the new phone in collaboration with Lava and MediaTek. The chip maker had its processor in last year’s Android One phones too.

The first wave of Android One devices was marketed as accessibly cheap alternatives for people who had never used a smartphone before. They all had similar Google-mandated specifications, which resulted in consumers finding it difficult to differentiate between models.

Related post: Android Lollipop 5.1.1 starts rolling out to smartphones under Google’s Android One

The Lava handset is said to be aimed at users who’ve handled a smart device before. Going by the cost, it won’t cater to the entry level market either. Lava seems to be positioning the phone as an affordable Nexus. We won’t know if that’s an apt comparison until the upcoming Android One offering is released.

Google is making another gamble in the Indian market and seems to be taking lessons from the lukewarm response to the platform seriously. The forthcoming Lava phone appears to indicate a radical shift in intent from the initial vision for Android One. But it makes sense financially to provide a budget mid-range smartphone with dencent good specs.