Priced at Rs 8799, the newly unveiled Lava Iris X5 is a selfie phone, or a smartphone equipped with a better-than-average front camera to allow you to click high-quality self-portraits. Aiding that functionality is a front-facing flash which makes things incredibly easy for those who’re faced with dark conditions while snapping their seflies.

This handset kicks in a 5MP auto focus front camera with a BSI+ sensor and a wide angle lens. The Lava Iris X5 is an Android KitKat handset and is powered by a quad core processor clocking a speed of 1.2GHz and accompanied by just 1GB of RAM. 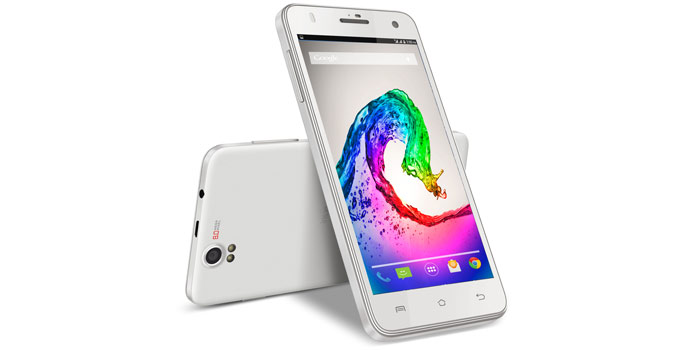 A 5-inch touchscreen display with 720p HD resolution has been placed atop this dual SIM handset, whereas its rear surface is highlighted by an 8MP camera which too grabs a flash and an Omni BSI-2 sensor. 8GB worth of storage is present on the selfie-focused Lava Iris X5 smartphone, and of course, it can be expanded further up to 32GB via its microSD card slot. Powering it from within is a 2100mAh power pack.

Here’s a deep look at the specs of the Lava Iris X5 phone: 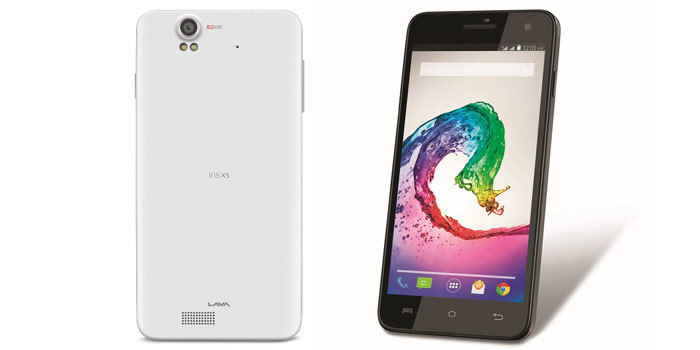 Its maker has disclosed that the Lava Iris X5 handset has been released through retail stores in India, but its online presence is only limited to Amazon. The e-commerce site is bundling the phone with a free 16GB memory card only today.