The Lava Iris Win1 Windows Phone 8.1 handset nailed down at an extremely affordable price of Rs 4999, is the second such device to hit the Indian market within a fortnight. This phone is slated to go on sale starting from today exclusively through Flipkart, according to what the manufacturer has revealed.

The Lava Iris Win1 carries a pretty modest list of specifications that begins with a 4-inch 480 x 800 pixel display and a 1.2GHz quad core Snapdragon processor. It features a 5MP BSI+ rear-facing camera which is accompanied by an LED flash, while its front surface is adorned by a 0.3MP snapper for selfies and video calling. 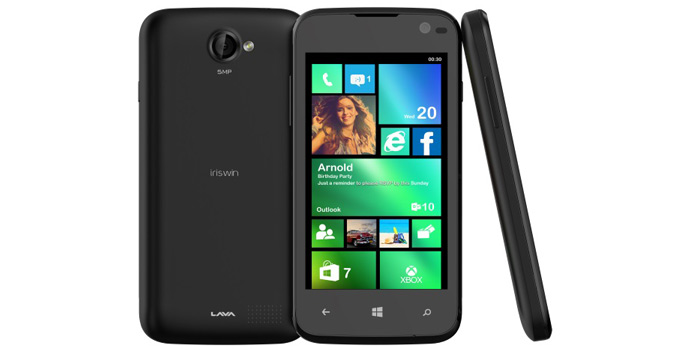 Despite its low asking amount, this Lava phone offers a 1GB RAM module, apart from 8GB of inbuilt storage which is expandable up to 32GB. It’s a dual SIM device which is powered by a 1950mAh battery and bears 3G, Wi-Fi, Bluetooth, GPS and microUSB connectivity choices.

Last week saw the launch of a similarly budget-friendly handset from Celkon which is dubbed the Win 400 (it now costs Rs 6400) . Other players like Micromax, Karbonn, Xolo and so on have already outed their Windows Phone 8.1 offerings in the past, while software giant Microsoft, introduced its newest offering dubbed the the Lumia 535 to Indian buyers late last month.

A neat look at the specs of the Lava Iris Win1:

Like we said, the Lava Iris Win1 will be made available only via Flipkart from December 4 onward at the aforementioned cost of Rs 4999.