Lava seems to be on a roll as it has launched another smartphone in India, and this one goes by the name of Iris 504Q+. And as expected, the device in spite of featuring some advanced components, refrains from quoting a huge amount. It will be available for purchase for under Rs 14,000 in shades of grey and silver.

As is obvious from the name, the Lava Iris 504Q+ plays successor to the Iris 504Q that was launched back in June last year. The phone flaunts a 5-inch IPS OGS touchscreen of 1280 x 720p resolution and has a Dragontrail Glass coating for keeping scrapes and scratches at bay. And all this is fitted on the front panel of a chassis which measures merely 7.9 millimeters in thickness. 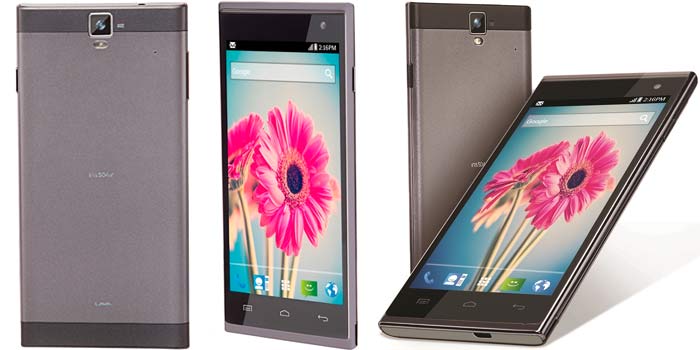 A 10MP camera rests on the rear panel and tags along a 1/3.2 inch Sony Exmor RS sensor, HDR, Geo-tagging, touch focus, panorama, face detection and much more. Another 2MP webcam is tossed in for video calling purposes. One of the key highlights of the snappers is that they can be triggered by voice and users only need to say ‘cheese’ or ‘capture’ to click images.

Its quad core processor is capable of clocking in a speed of 1.3GHz and it seeks assistance from 1GB of RAM. The Mali 400 MP2 GPU has been integrated as well and the phone makes the most of the Android Jelly Bean 4.2.2 OS. Nothing has been mentioned about a software update though. This 3G-enabled smartphone is pre-loaded with apps like BBM, WhatsApp, Facebook, Twitter and more. 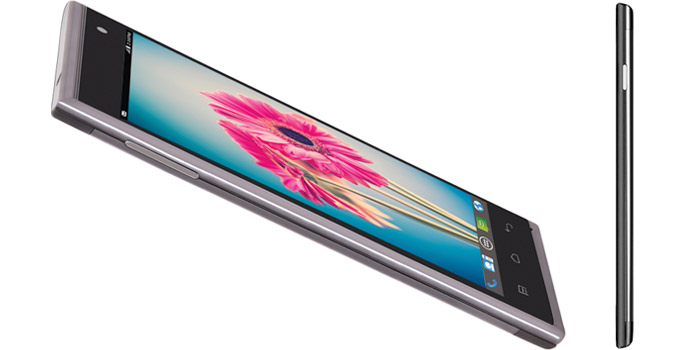 The Lava Iris 504Q+ is slated to be up for grabs for Rs 13,990 via authorized resellers across the nation. You can visit the official website for more information regarding the device.