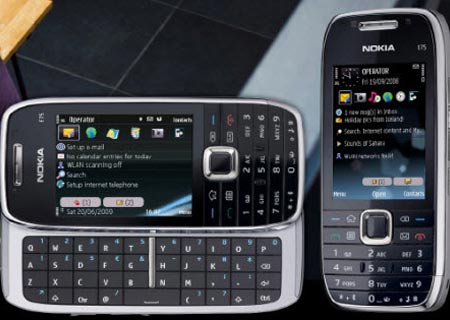 Owners of the Nokia E75 smartphone have a new update stored in for them. Nokia has rolled out the latest firmware update on the device, reports Ubergizmo.

Apparently, the version 201.12.01 firmware is a pretty big download as the size is 153MB. But at the same time, a whole lot of enhancements can also be seen. Now the smartphone will come with built-in Ovi Contacts. Social networking sites like Facebook, Youtube or MySpace can be accessed via new shortcuts in the application folder.

Supposedly, speed enhancements in calendar and synchronized bug fixes can be seen. N-Gage, Share Online and Nokia Messaging clients could be updated as well. Acceleration in pace can be viewed in contacts. The web could be upgraded to next-gen browser, v7.1, which is quicker.

Reportedly, there can be an overall UI speed enhancement. The Quickoffice would be augmented to v5.3, with Office 2007 support. The v6.0 Quickoffice Premier is a free upgrade in the app.

This certainly does seem like a major update for the Nokia E75 smartphone. But for precautionary reasons, users ought to back-up their data prior to updating the firmware.