Google wants you to have a break and have a Kitkat, for its newest partnership has resulted in the next version of Android being branded with the name of Nestle’s popular chocolate bar. In the past, Key Lime Pie was being speculated to be the name of the next version of Google’s mobile operating system, while there was even a campaign in India to convince the search giant to name it Kaju Katli. But the hearsay has been laid to rest, now that the official name has been announced.

That’s not all; a video which Google had uploaded earlier today might have given us our very first glimpse of the Nexus 5. The company was quick enough to take it down immediately after the device caught media attention, but thanks to a number of mirrored videos you can still catch a glimpse of the supposed phone in the hands of a Googler. 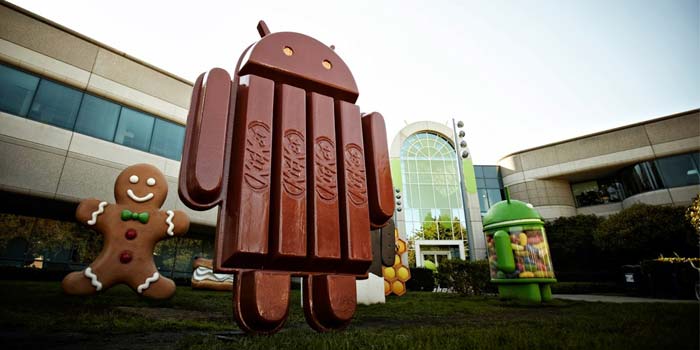 The image below is a screenshot of the moment when the device makes its brief entry into the clip. It doesn’t take a microscope to spot the Nexus branding, but some folks have managed to zoom their eye enough to make out that there’s an LG logo on its back surface. Additionally, the camera lens on the phone is larger than usual. Could we be seeing an extra powerful snapper on it, like the ones on the Honami and the Acer Liquid S2? 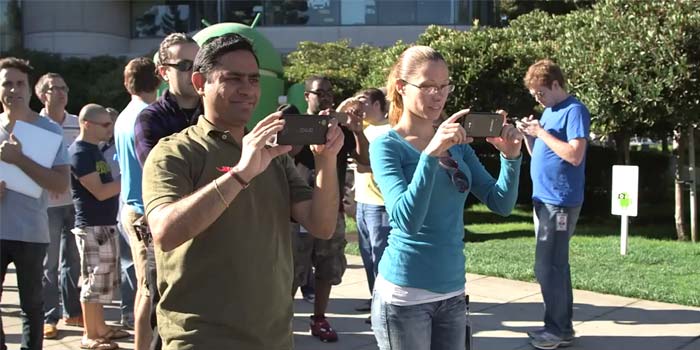 No matter when the Nexus 5 will officially be unveiled, we’re quite certain that it will be the first device to feature the Android Kitkat update which by the way, has taken the 4.4 numbering.