Home Android Karbonn Sparkle V is the first and only Android One phone to...

In news that is both surprising and unexpected, the Karbonn Sparkle V which was rolled out as part of Google’s Android One initiative, has made its way into the UK with its price set at an unreasonable rate of £129.99. That asking amount is quite high if compared to the cost of Rs 5750 at which it is selling for in India, since a direct conversion brings the tag to around £59.

Now of course, many factors lead to the increase in price when a product crosses borders, but considering that the Moto G (2014) is selling in the UK for around £140, the Karbonn Sparkle V seems to be asking for too much. Anyway, it’s the first Android One handset to make its way outside India, which could mean that other markets will get these devices in the future as well. 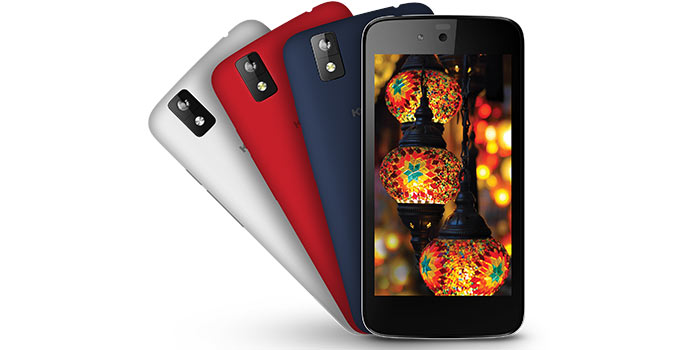 Google introduced three offerings from its Android One program earlier this year, and while the Sparkle V was one of them, the other two were the Micromax Canvas A1 and the Spice Dream Uno. Built with similar hardware and software, these phones are meant to provide the best Android experience at a very low price.

More importantly though, they have been promised quick software updates directly from Google. But this point is debatable since the Android 5.0 Lollipop upgrade is being rumored to have been slated for a January release on these devices.

Anyway, with the UK being the first recipient of the Karbonn Sparkle V Android One handset, it seems as though it won’t take long for other European countries to get it now. Amazon UK is where interested parties can head to right now to purchase it.