Home Other Brands Karbonn, Lava to launch affordable Windows Phone devices in the next few...

In a twist that is likely to shake up the smartphone segment in India, Karbonn and Lava (Xolo) will bring affordable Windows Phone devices to the market within the next few months. This comes very soon after Microsoft announced these to names amongst its new hardware partners for Windows Phone.

Until now, the affordable smartphone market has purely been the domain of Android, with a budget-friendly Lumia hitting shelves occasionally. All homegrown brands as well as some little known Chinese ones have been leaning on Google’s mobile OS to sell their devices in the country. 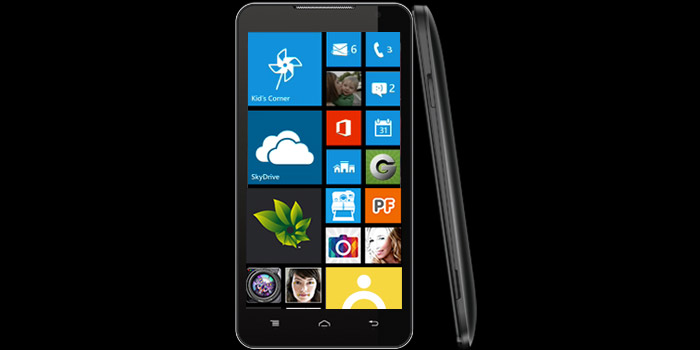 Karbonn and Lava will be the first two companies in India to introduce Windows Phone handsets at low prices. The former will start vending its devices within the Rs 6000 – Rs 12000 range by the end of May or the beginning of June. The latter’s phones will be priced between Rs 6500 and Rs 8500. They will enter the market by July.

Windows Phone is free in India

Microsoft is so desperate to increase Windows Phone’s current India market share of 10%, it announced that manufacturers in the country could use the mobile OS for free. In other words, it has waived licensing fees in order to be able to compete with Android which is open source and also free. That makes a somewhat good point for convincing companies to use its OS.

The Economic Times which got this tidbit through PTI, also points out to couple of specifications revealed about the forthcoming devices. The Lava handsets will work on Windows Phone 8. What’s more, they will integrate Qualcomm Snapdragon 200 processors. Dual SIM support is expected to be made available for the next update to the platform. So they’re not likely to include this.

It will be interesting to see how things work out for Windows Phone. There’s a feeling that all people who buy smartphones at low prices may not be overly concerned about the OS running them. Let’s see how much of a dent the new Lava, Karbonn and Xolo devices will put on Android.