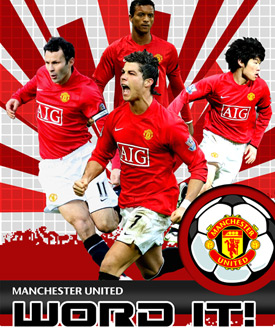 Indian mobile game publisher and developer Jump Games has entered into an exclusive global deal to design, develop and distribute mobile games with Manchester United Football Club. This club is without a doubt one of the most popular ones worldwide.

Six Manchester United mobile games are expected to be developed by Jump Games. The first mobile game that will be called MANCHESTER UNITED Word It!, will be available on most network operators worldwide.

“Working with Jump Games, a leading game developer in the mobile space will mean that fans will be able to extend their experience of Manchester United, increasing their knowledge and enjoyment of the brand, wherever they are in the world,” said MUMobile Manager, Mike Dunphy.

The six Manchester United mobile games will be available in Europe in 2008. The first of these games is expected to be priced between 3 and 5 Euros, equivalent to around 3 UK Pounds.

Salil Bhargava, CEO of Jump Games commented on this deal saying, “We’re pleased to be moving into a new phase for the business at a time when so much interest is focused on the mobile platform and its development beyond voice revenues. Our experience in creating and distributing quality content in one of the fastest-growing, yet cost-savvy mobile societies in the world puts us in a great position to help brands launch new and exciting content to entertainment-hungry consumers of mobile content in Europe and globally.”

“Our association with Manchester United is the ideal platform for us to further strengthen our offerings and reach out to a much larger set of audiences worldwide,” he added.