Delayed iPhone 6 Plus shipment dates weren’t the only embarrassment Apple had to face last week and Samsung’s gleefully reminding its rival of the hiccup it suffered at the ‘big reveal’ last Tuesday. The South Korean company has released not one, not two, but five ads poking fun at Apple’s products as well as its live stream fail.

If you weren’t watching the iPhone 6 and iPhone 6 Plus unveiling event online, you obviously didn’t have to deal with the live stream stumbling, zipping back to life with a Mandarin commentator in the background and the failing once again before getting to its feet after almost an hour. Samsung just had to make fun of the biggest tech company in the world not being able to get live streaming right.

In case you thought this was the only glitch Apple had to deal with, when pre-orders for the new iPhone handset models kicked off yesterday, the company’s online store would open only 2 hours past the 12am Pacific Time scheduled for pre-bookings to start. Carriers Sprint and T-Mobile were also going through the same issue.

But AT&T and Verizon managed to mostly steer clear of trouble and started accepting orders at the appointed hour. Apple mentioned that the iPhone 6 handset would be sent out to customers with 7 to 10 business days, while those who wanted its bigger cousin have 3 to 4 weeks of waiting ahead of them, according to a post on CNET. 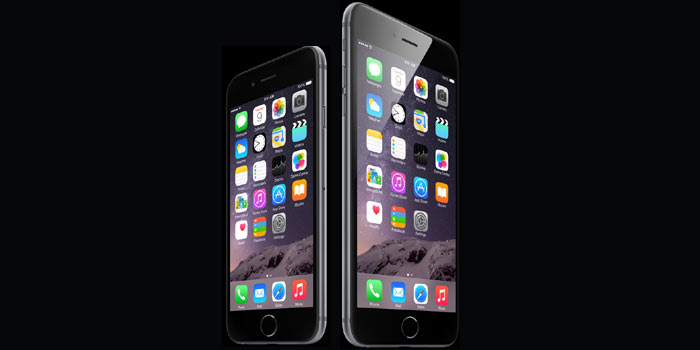 It’s not clear whether the delay in shipping the iPhone 6 Plus handset has to do high demand for it or Apple having assumed it would need to keep fewer units in stock. If you booked the 4.7-inch handset through Verizon, then you should expect it between September 19 and October 17. The 5.5-inch device will land on October 21 only.

T-Mobile has the same thing to say about the change in shipping dates. AT&T says that the iPhone 6 Plus will start reaching customers between November 2 and 27. Its 64GB and 128GB capacities will take up to 3 weeks to make its way into Sprint customers’ eager paws. On the other hand, the iPhone 6 for AT&T will ship in 21 to 35 days.

The 16GB variant of the phablet on Sprint has been rescheduled for a wait lasting 4 to 6 weeks. The two iOS 8 smartphones are fitted with 64-bit A8 processors accompanied by enhanced graphics, an improved 8MP main camera, better battery life and an NFC chip which enables people to make full use of the Apple Pay mobile payments solution.

The iPhone 6 Plus and its smaller sibling were meant to reach customers in the US, the UK, Australia, Canada, France, Germany, Japan, Hong Kong, Puerto Rico and Singapore, on September 19 with starting prices of $199 and $299, respectively. The unlocked costs read at $649 and $749, in that order.