If luxury gadgets are just your thing, then you should check out the new iPhone 6 model crafted by Goldgenie which can be customized with diamonds. Dubbed the Diamond Ecstasy limited edition iPhone 6, this device has been launched in celebration of Valentine’s Day.

Interested parties will be able to tailor their purchases with materials which they themselves can choose. While the base model of the iPhone 6 Diamond Ecstasy limited edition will cost $15000, that price can go up to a whopping $3.5 million if all high-grade materials are chosen. 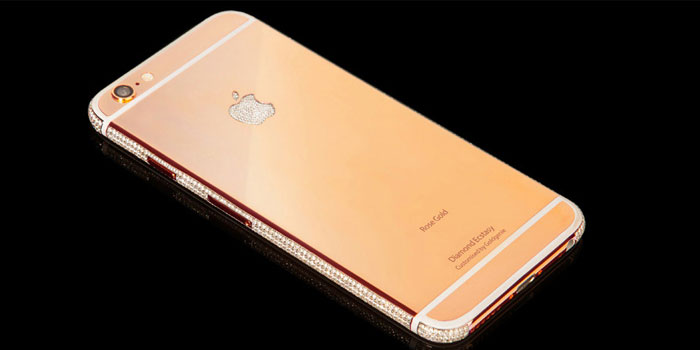 The color of the phone itself will be available to choose between rose gold or platinum. Moreover, Goldgenie has also revealed that any storage size between 16GB, 64GB and 128GB will be made available to buyers.

The iPhone 6 was released alongside the iPhone 6 Plus in September last year. This device comes with a 4.7-inch display bearing a resolution of 1334 x 750 pixels and a pixel density count of 326ppi. It moreover, runs on a new 64-bit Apple A8 chipset that’s claimed to offer 25 percent more CPU performance and 50 percent more graphical performance than its predecessor.

Also Read: iPhone 6 and iPhone 6 Plus lead to iPad neglect among buyers

Apple has equipped this fresh iPhone with an 8MP camera which is more advanced than the 8MP snapper on the iPhone 5S. There’s a 1.2MP FaceTime camera present on the device as well, apart from a 1810mAh battery, 1GB worth of RAM, 4G LTE support and more.

Sure, the Diamond Ecstasy limited edition iPhone 6 is not something a majority of the people can afford to go for, but it doesn’t hurt just to marvel at these beautiful devices once in a while.