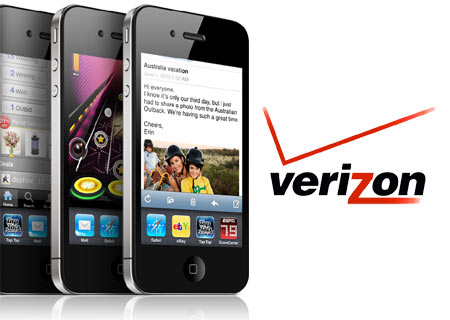 AT&T’s exclusivity has finally come to an end with the iPhone 4 sails on other ships, as well. After ages spent running behind rumors and hearsays, the entire speculation behind a Verizon iPhone 4 has finally wrapped up with an official announcement.

We had previously reported about an invite being sent out to several in the mobile terrain by Verizon. The event did in fact take place on January 11, 2011, wherein the carrier and Apple jointly enunciated that the iPhone 4 will be soon available on Verizon’s network.

As for the nitty-gritty’s of this handset, it features a 3.5-inch pristine Retina Display and a 5 megapixel camera with LED flash capable of HD video recording. Other features include Apple’s A4 chip, a 3-axis gyro, iOS 4, multitasking abilities, Game Center, AirPlay and AirPrint wireless printing.

“We are pleased to introduce millions of wireless users to the industry leading iPhone 4 on the nation’s most reliable network,” asserted Lowell McAdam, president and chief operating officer of Verizon. “This is an important step for the industry as two great companies join forces to give wireless customers one of the most important technological additions to the mobile landscape this century.”

“Verizon Wireless customers have told us they can’t wait to get their hands on iPhone 4, and we think they are going to love it,” commented Tim Cook, Apple’s chief operating officer. “We have enormous respect for the company Verizon has built and the loyalty they have earned from their customers.”

In addition to all the previously seen attributes, Verizon’s iPhone 4 brings in a new Personal Hotspot functionality. This lets handset owners pair up to five Wi-Fi enabled devices with the iPhone 4.

The 16GB model can be picked up for $199.99, while the 32GB one retails for $299.99. A fresh two year customer agreement is required with the device. It will be on sale from February 10, 2011. Existing Verizon Wireless customers can exclusively pre-order the handset from February 3, 2011.

The iPhone 4 can be picked up from both the Apple and Verizon websites, over 2000 Verizon Wireless communications stores, Apple retail stores, Apple authorized resellers, and by dialing 1-800-2 JOIN IN.