The iPad Mini and the fourth generation iPad release date details have been disclosed as the devices’ Wi-Fi + Cellular versions hop aboard and travel towards China. The Apple products seem to be moving at a snail’s pace bearing in mind that they will be officially available over a month after the country witnessed the launch of their Wi-Fi only models.

Apple will be rolling out the iPad Mini and the fourth generation iPad in three storage configurations. There will be a 16GB model apart from devices carrying 32GB or 64GB of internal storage. Both slabs can be traced in colors like black and slate or white and silver. 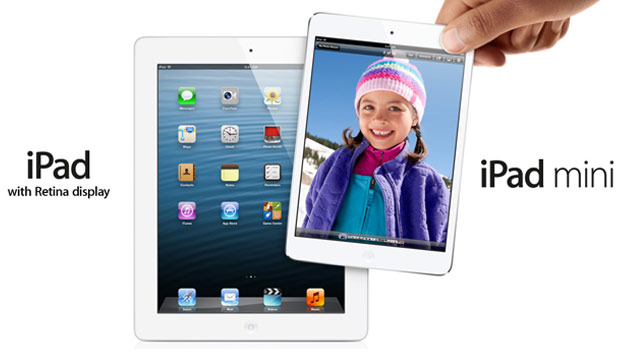 The company’s fourth generation tablet shows off a 9.7-inch LED backlit multi-touch Retina display. The screen comes with IPS technology to enable viewing at wide angles and possesses a resolution of 2048 x 1536 pixels. Fitted within the sleek device is a dual core A6X processor with a quad core GPU.

The 5MP iSight camera, as the company has termed it, features auto focus, face detection, a BSI sensor and geotagging. A 1.2MP snapper leads itself onto the front panel and sits next to the screen. It enables FaceTime video calling via Wi-Fi or cellular networks and can be used to record 720p videos.

With the built-in Li-polymer battery, users may benefit from 10 hours of web browsing over Wi-Fi, or video playback. In case they wish to surf the Internet using cellular data, they should be able to derive up to 9 hours of usage.

The shrunken version of the OEM’s flagship slate gives refuge to a dual core A5 CPU as well as a Li-polymer battery which enables the slab to survive for as long as the aforementioned one. The front exhibits a 7.9-inch LED backlit IPS display along with a 1.2MP FaceTime HD camera. On the rear, there is a 5MP iSight snapper to facilitate image-capturing and video-recording. 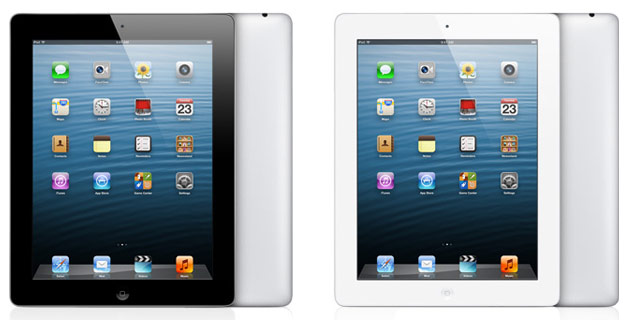 The Cellular edition of the iPad Mini and the 4th generation iPad will be launching in China this coming Friday. Depending on the storage configurations, the price of the former slab ranges from $459 to $659 and that of the latter starts from $629. They are currently available in over 100 countries some of which are the US, Australia, Canada and France.