The iPad (2017) has gone up for pre-orders on Flipkart a few weeks after Apple initially announced the tablet. The slate has gained prominence as the brand’s most affordable large-sized tablet.

Flipkart’s currently offering a No Cost EMI scheme starting at Rs 3213 per month for interested buyers. Axis Bank Buzz credit card owners get the benefit of an extra 5% off. While Apple hasn’t officially stated when the device will be available in India, the e-commerce site says it’ll be released on April 14. 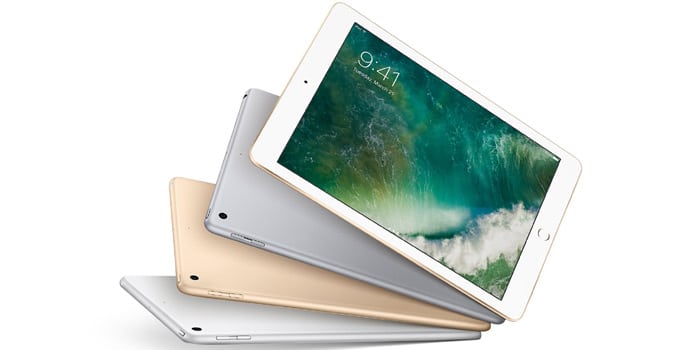 The iPad (2017) is generally considered the spiritual successor to the iPad Air 2. It looks just like the latter and has quite a few specs in common, including the older model’s 9.7-inch size. Two areas where the newer slate stands out is in the processing and power department since it has a faster A9 chipset and 32.4Wh battery.

Here’s a quick summary of the iPad (2017)’s specifications:

Like we mentioned above, the iPad (2017) can be pre-ordered via Flipkart.