The Intex Cloud Power+ has gone official in India and is taking its place amongst the big battery smartphones, a category which has been increasing greatly over the past couple of months. The phone is priced at Rs 8599 and it offers mid-range features.

The Intex Cloud Power+ isn’t the cheapest option on the market, but it places itself as an alternative pick to other devices including the Rs 9999 Lenovo A5000 and the entry-level Wiio WI3. The 4000mAh battery isn’t the only attraction on this smartphone. But before we move on, the power pack is capable of up to 17 hours of talk time or around 1176 hours of standby. 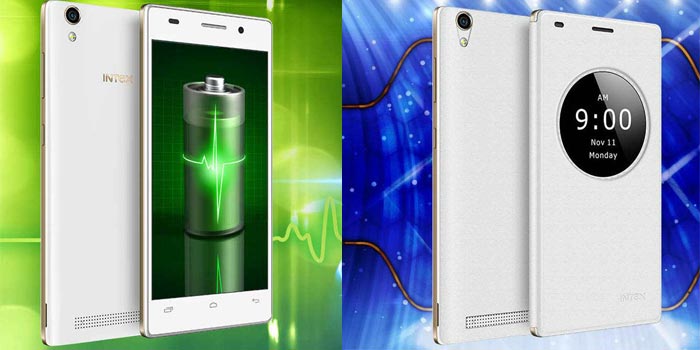 The Intex handset is powered by Android 5.0 Lollipop which is a huge advantage as most devices with large batteries still run KitKat. For visuals, there’s a 5-inch 12890 x 720 pixel LCD panel, while a 1.3GHz quad core processor delivers the steam. And for memory, the company has thrown in 2GB RAM, 16GB flash storage and a microSD card slot which supports up to 32GB.

The cameras are pretty high quality as well, with the front sporting a 5MP shooter and the rear a 13MP snapper. You’ll also have to deal with various preloaded applications including Opera Mini, OLX, News hunt, Truecaller, Intex Play, Intex zone and more.

The Intex Cloud Power+ is currently available for purchase through Snapdeal in black only, but a white option should arrive soon. The phone is bundled with a free flip cover worth Rs 599.