Intex has launched the new Aqua S7 with 4G VoLTE connectivity and a rear fingerprint sensor in India. It will be made available in the form of gold, blue and pink variants in retail stores across India. The device runs on Android 6.0 Marshmallow.

The Aqua S7 has a 2.5D curved 5-inch display with 720p resolution. The screen is guarded by Dragontrail glass that is claimed to be six times tougher than regular reflectors. The dual SIM handset has a 13MP main and 5MP front camera. 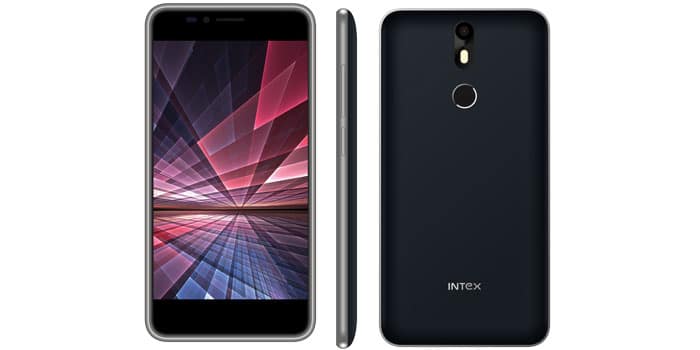 A 64-bit quad core MediaTek processor combined with 3GB RAM powers the Aqua S7. The handset’s internal memory is of 16GB with an expandability scope of up to 64GB. Its 3200mAh battery gives a talk time of 22 hours and a standby time of more than 10 days, as claimed by Intex.

The Aqua S7 is pre-installed with the Matrabhasha app that supports 21 Indian languages for communication. It also comes with other applications like the Clean Master, Daily Hunt, Saavn and News Point already loaded in it. Connectivity options like Bluetooth, Wi-Fi and USB are present on the phone.

Let’s take a look the specifications of the Intex Aqua S7:

The Aqua S7 is currently available for a price of Rs 9499. Intex also has the Aqua Music smartphone launched last month in a similar range.