At a time when rivalry had reached boiling point in the smartphone market, the Intex Aqua i5 Octa handset which offers some decent features at an attractive price of Rs 7499, has been launched exclusively through Amazon India. The new device also appears to be big on performance and tags along high-resolution cameras.

The driving force within the Intex Aqua i5 Octa is a 1.4GHz octa core processor, as denoted by the name. On the front, there’s a 5MP camera for taking selfies and the rear plays host to a 13MP AF snapper which can record videos at 1080p resolution. 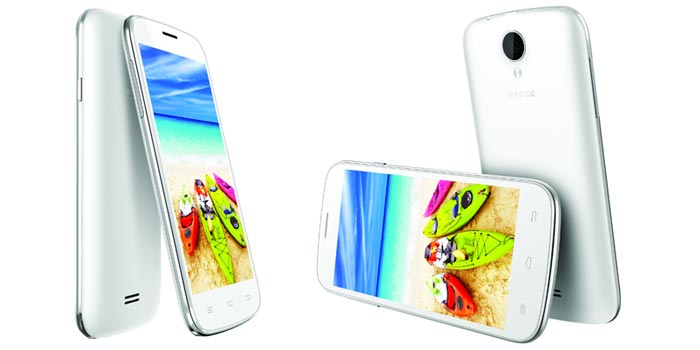 The device also comes with 1GB of RAM and 8GB of internal storage. The overall hoarding capacity can be expanded by 32GB more via the microSD card slot. The battery capacity here is rated at 2000mAh and the company notes that it has implemented CABC technology which reduces power consumption by as much as 20%.

The Intex phone certainly looks like a great pick for its retail tag, although it does have one major downside. The IPS display which is 5 inches wide doesn’t offer HD visuals, but qHD 960 x 540 pixel resolution instead. On the software side, Android 4.4 KitKat comes preloaded along with 21 regional languages to choose from. There are dual SIM card slots as well, along with 3G HSPA connectivity.

Intex Aqua i5 Octa specs at a glance:

The Intex Aqua i5 Octa has gone on sale via Amazon India in color options of white, black and blue.