The Intex Aqua Amaze has been made official by the Indian OEM with it being listed on the company’s website along with a price. The device has been tagged at Rs 10690 and it’s amongst the few releases to offer octa core performance at such low costs.

At the same price, the Intex Aqua Amaze will basically go up against the iberry Auxus Aura A1, Micromax’s Canvas Knight Cameo A290 and the recently launched Canvas Nitro as well as the Andi 5S Cobalt 3 and Andi 5K Panther from iBall. It’ll also compete with the Redmi Note smartphone which should go on sale by the end of this month or in November for Rs 8999. 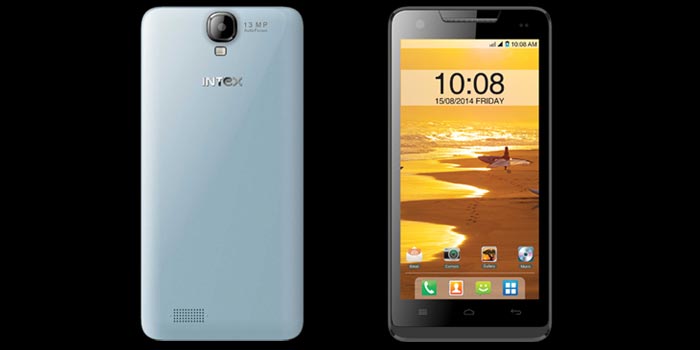 The Aqua Amaze isn’t much of a looker, but it makes up for that by offering a good slice of hardware. The smartphone in question is powered by a 1.4GHz octa core chipset from MediaTek which is based on the Cortex A7.

And to sweeten the deal, the company has thrown in a 5-inch 720p HD IPS OGS display and a 5MP sefie camera on the front. Then there’s a 13MP snapper on the rear with an LED flash. Android 4.4.2 KitKat comes preloaded as you’d expect and there’s dual SIM support onboard as well.

The Intex Aqua Amaze is yet to go on sale in India and that could happen in a matter of days.