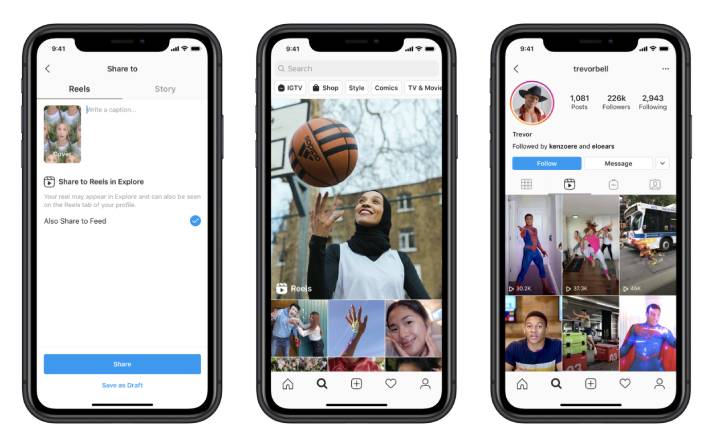 Instagram has issued an update to its Reels section, which was introduced last year as a direct competitor to TikTok. And it’s hence not surprising that the new update tries to bring it more in line with the said app, which to Instagram’s fortune, happens to be banned in India right now.

This new update blesses users of Instagram Reels with the ability to save audio clips. It also lets them share audio pages over Direct Messages, moreover. Additionally, browsing through new sections like For You and Trending is also possible via the update. All these fresh features are bound to make it easier for users to share and save audio clips.

The Save Audio feature is an incredibly convenient one. When viewing a particular Reel, if you like the audio and would like to save it within the app for use in your own Reel, a simple button will let you do just that. As for the Direct Message functionality, it’s meant to allow users to share all the Reels that use a specific piece of audio with their friends.

Identifying Trending songs has also become easy with the new update, while the ability to bookmark them for revisiting later has also been added. These features arrive through the latest version of the Instagram app that’s available on both Android and iOS platforms.

Meanwhile, TikTok still remains banned in India, even as neighboring Pakistan also issued a ban on the app yesterday. The country has cited ‘immoral’ and ‘indecent’ videos on the app as the reason for issuing the ban. The US is also mulling a ban on the app at the moment for the same reason as India – user data being routed to Chinese servers.

As we said, the Instagram Reels update has landed on both the Android and iOS versions of the app.