An update to Instagram has rendered the famous app with a photo-tagging trait which works much like the one that’s offered by its parent company, Facebook. Dubbed Photos of You, this new feature has already been let out for iOS as well as Android platforms through their respective download portals. The upgrade brings both editions of the app to version 3.5 now.

The developers who’re created the new trait have stressed that it will grant users a fresh way to share and discover stories on the social platform. The way it works is quite simple. Once someone edits and finalizes an image on the photo-sharing application, they can head over to the final Share Photo section wherein they are usually asked to name the image and choose other options. Here, a fresh Add People tab now appears, clicking on which gives users a chance to tap anywhere on the picture in order to tag the particular person or place. 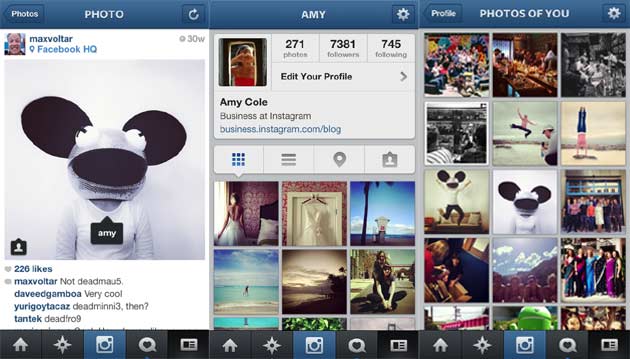 A Search bar will then come down, wherein the name of the concerned person or place can be typed. And finally, from the search results, users can choose whomever they wish to tag in the particular picture. Tapping on the check mark will complete the process, and will render the same Share Photo tab from which the image can be uploaded to the Internet. Once online, others will get to see the tag and tapping on it will take them to the concerned person’s profile.

Double tapping on an image results in it being Liked, but a single tap will now bring up the tags which will be present on it. Moreover, with this update, the Profile page of the app also gets a new addition. A Photos of You tab now occupies its space on it alongside the usual options. With this, users are able to see who has tagged them in their photos. For this, a setting which bars anything from showing up in the tab before approval is also available.

Like we said, the revamped Instagram app can be downloaded now through the Google Play store as well as the iOS App Store.