Online retailer Snapdeal has bagged the new InFocus M370 smartphone as an exclusive and will start selling it from October 9. Those who are tired of manufacturers falling back on the old ‘compulsory registration’ ploy to create hype around their products, should look away. Meanwhile, folks interested in the entry-level handset which costs Rs 5999 have until 8pm on October 8 to register for the next day’s sale.

The InFocus M370 is a decent enough phone for the price it commands. It is compatible with 4G LTE networks and comes with Android 5.0 Lollipop inside. Powering it is a 1.1GHz quad core Qualcomm Snapdragon processor and 1GB of RAM. The internal memory amounts to 8GB and there’s a microSD card slot for taking the hoarding space up by another 64GB. 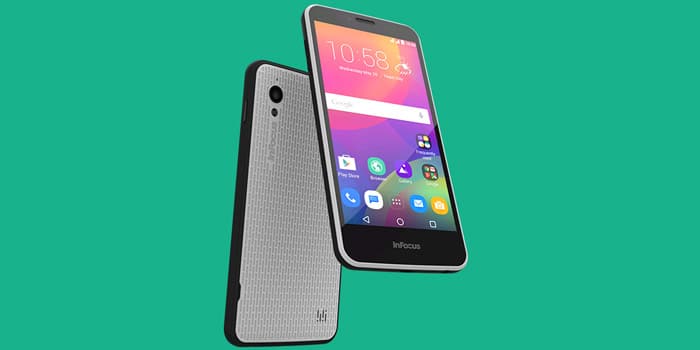 Also under the hood are dual SIM slots for users wishing to juggle between networks. It’s nice that InFocus has concentrated on making customers feel like they’re getting their money’s worth by putting an HD touchscreen of 5 inches on the front of the M370, and an 8MP camera on the back panel. For video calls and selfies, a 2MP shooter can be found above the display.

The registration link to Snapdeal awaits you here. The InFocus M370 is going to find some tough competition in the relatively new Yu Yunique which boasts of a very similar specs sheet, but is tagged at Rs 4999 only. Additionally, the latter is backed by Micromax which has a much bigger brand presence in India.