Most Indians are addicted to their smartphones even while on a vacation according to the results of a new survey. 95% of Indians apparently spend their time on Facebook when travelling compared against other social networking sites.

The Mobile Travel Tracker survey was conducted by Hotels.com and had over 9200 participants across 31 nations. The study found that vacationers spend over 50% more time on their handsets when they go on holiday. Indians supposedly spend an average of two and half hours per day on social media platforms, with Facebook leading the pack. 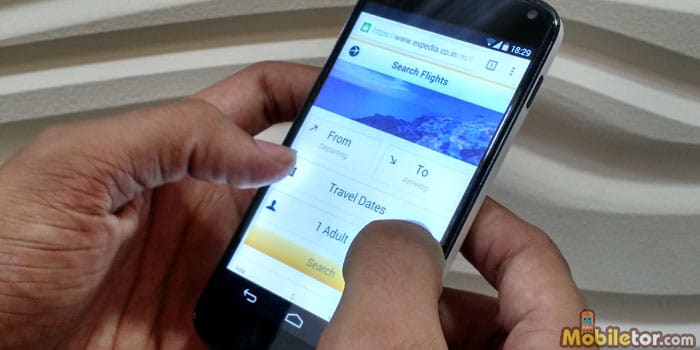 According to the assessment, a majority of travelers fear that they’ll miss out on an important update which compels them to comment on posts. Most of the Indian participants said that searching for food was one of their top priorities. This matches the global participants pattern, with over 80% seeking restaurants and food markets.

The next most popular search while on holiday was tourist attractions at 59%. It was followed by maps and directions at 53%, public transport at 33%, and local beaches at 32%. The study also noted that 42% of the individuals in the study booked a hotel via their phone. Age-wise, millennials were more likely to be glued to their smartphone screen while holidaying.

Hotels.com Senior Director of Mobile Dan Craig asserted that only 40% of the people in the survey admitted to uploading images to their social media accounts to make their friends jealous. According to him, smartphones are now being considered an indispensable traveling companion.