A class 12 Indian student hailing from Nainital, Rajesh Adhikari, has created a pair of shoes which lets users charge their phone while walking. The charger works on an ingenious spring and dynamo mechanism that powers the device connected to it via a simple cable. But you’ll need to walk for it to be of any use.

Or get someone to walk in your shoes. Each time you lift a foot, the spring on the underside of the shoe stretches and relaxes, and when you apply pressure on the heel while taking a step, the mechanism kicks into play. The energy generated by the setup is also capable of providing enough juice to light up a small room. 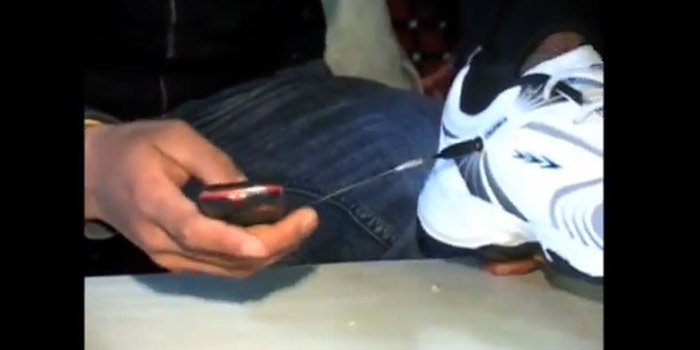 Other interesting chargers for your phone:

An Indian-American teenager had won a $50,000 Young Scientist Award at the Intel ISEF 2013 Grand Awards Ceremony last year for working on a technology which would allow people to juice up their mobile devices within 20 seconds. The magic lies in high-performance super capacitors which suck up power in a jiffy and these can be hidden inside the concerned gadget’s battery itself. 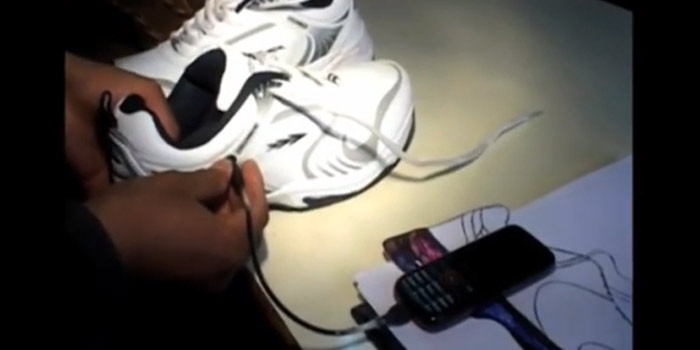 The Genneo project on Kickstarter requires users to simply shake the charger, if not move around with it in tow in order to get enough energy to power up their phones. The OnBeat solar headphones, as the name clearly suggests, harnesses the might of the sun and passes it on to your thirsty handset. And then there were those charging shorts, of course.

Posted below is a YouTube video of the shoe phone charger in action, courtesy of ANI.