The Indian Railways NTES mobile application and its website have only just gone live and it looks like they are here to put an end to all the travelling woes of Indian commuters. The Railways have not only created a separate website to help people with various aspects of trains, but also developed a mobile application for Windows Phone to help them access train schedules almost anywhere.

As of now, the NTES app has only been released for Microsoft’s mobile platform, but it should soon be made available for subscribers of other major mobile operating systems such as Android and iOS. And as far as the website is concerned, it can be opened on any browser on an internet-enabled device for important train-related information. Here we have listed the top features of the service in question, check them out. 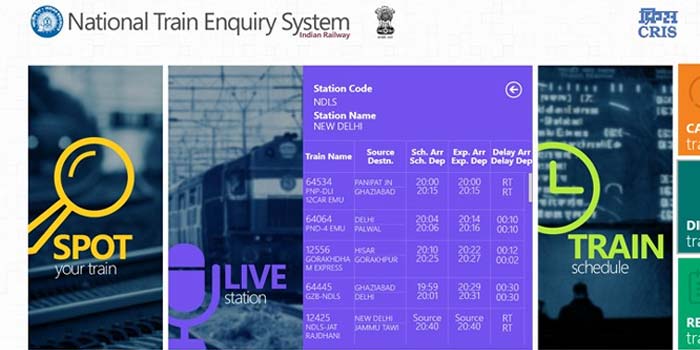 The Spot My Train tab on the website or on the application can come in real handy to find out various things related to the train schedules. It tells you what time the train will arrive at or leave a particular station and if it is on time or not. The feature brings an entire list of stoppages, complete with the exact time at which the selected will arrive there. This section gives real time information of the trains.

The Station tab is to find out if there are trains from a particular station to another within the next few hours. You can look for trains that will depart from your selected station within 2 to 8 hours. It is possible to choose the type of train you wish to travel in too. 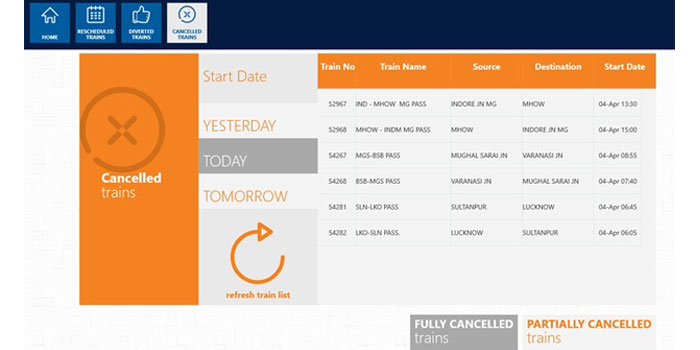 The name of this function is pretty self-explanatory. You can use it to get a list of trains along with their timings, which run between the two stations you entered in the search boxes. You get the option of selecting the type of train here as well.

Again, as the name suggests, this attribute is for getting access to an entire schedule of any train running in India. You simply need to enter the name or the code of the required train in the dedicated box on the screen. 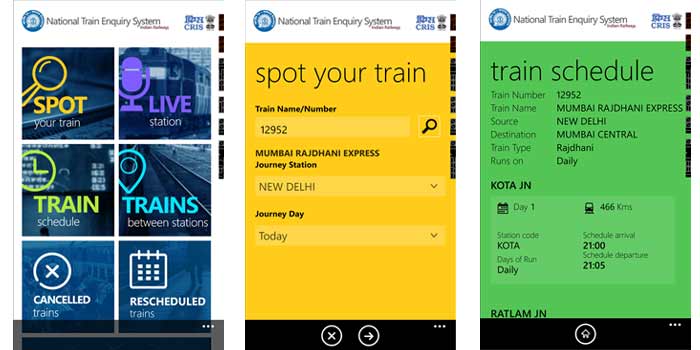 And given the frequency of the trains that get cancelled on a daily basis in the country, you will be thanking the website for adding the Cancelled tab which brings a list of trains which will not be running on a particular day. Same goes for Rescheduled and Diverted. Searching for a particular train in these sections is also possible.

So these are the important features that Indian Railways has included in the NTES application and its website. You can download the app for Windows 8 and Windows Phone 8 devices via the official app stores.