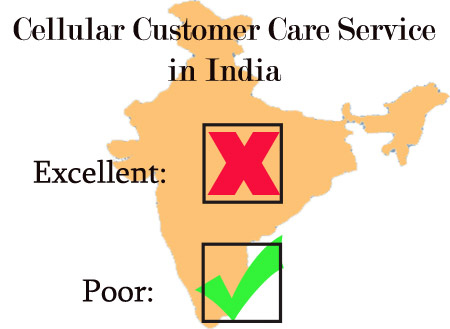 In spite of Aircel, BPL Mobile and Vodafone being rated the top three cellular service providers by a nation- wide survey, it has been found that the consumers are not satisfied with the customer care service of different operators.

According to IDC India’s third ‘India Mobile Services Usage and Satisfaction Study, 2007’, the approximate time expected to wait for an operator to assist is about 6 minutes which was found highest in the last three years.

The survey was conducted with 4,760 mobile users across 18 major cities.

It has been observed during the current year that due to the boost in additional subscription in the mobile network, there has been an increase in the customer care waiting time.

The Indian consumers did not find the customer care operator up to the mark when offering a final solution. But on the whole the satisfaction has increased from last year to 92.6 percent.

However, out of the 11 service providers only three companies were able to reach the 95 percent of satisfaction point of the TRAI.

Where billing is concerned, it also shows a boost to almost 10 percent from past two years as it was 85.5 which have increased to 94.2 in this year.

Even MTNL has reached to the point of satisfaction in the costumer care service as it is 92.8 percent, while Tata Telecom and Reliance Communication are both held up behind.