Home General Indian government has planned on seeding mobile SIMs with Aadhaar in the...

The central government is apparently keen to link mobile SIM cards with users’ Unique Identification (UID) numbers or Aadhaar cards. The last mentioned serves as proof of identity and address anywhere within the borders. The order comes directly from Prime Minister Narendra Modi, who is aiming to transform the country into an IT superpower via the Digital India initiative.

The concept behind linking SIM and Aadhaar cards is to ensure that the mobile platform serves as a strong factor in authentication processes. With so many Indians taking to smartphones, performing transactions and getting information through these devices are expected to be made simpler so that they can act as tools of empowerment. This news was reported by The Times of India as coming straight from R S Sharma, Secretary of the Department of Electronics and Information Technology. 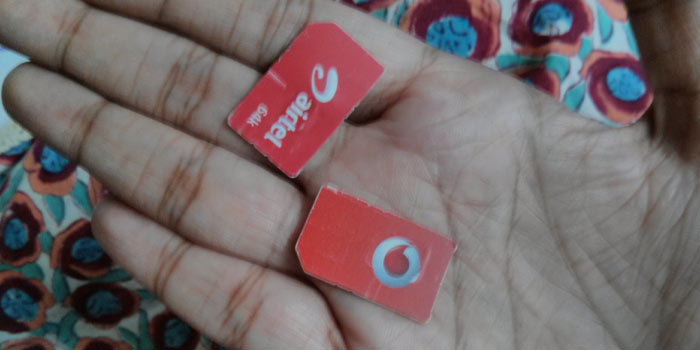 Quite obviously, hooking up SIM numbers to Aadhaar cards won’t be free of hassles and several departments will be called in to ensure the smooth progress of this task. Many chinks will need to be ironed out before the technology is ready to work its magic. Sharma revealed this tidbit while talking to the media on the sidelines of another event organized by the commerce and industry as well as the communications and IT ministries of India.

We don’t know when the process of seeding of mobile SIM cards with Aadhaar IDs will be kicked off, but we’ll keep you updated on the developments as they occur. On a side note, the government is also hoping to give a boost to the e-commerce and manufacturing sectors with the main goal of increasing job opportunities for everyone and hence its Digital India campaign.