The Indian Army has launched its own cloud storage system in order to securely house its personnel and operational information. It’s also started a Digi-Locker service to provide a protected space for all units of the army over a dedicated data network.

The Army Cloud is apparently highly encrypted and was inaugurated by Defence Minister Manohar Parrikar. The storage solution has been introduced in line with the force’s plan towards becoming a digital army. The system consists of a central data center and a near line data center in Delhi, in addition to virtual servers in an environmentally controlled complex. 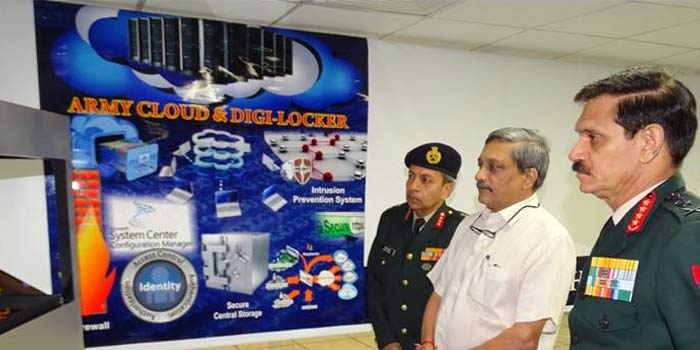 There’s also a disaster recovery site to safeguard and reproduce any critical information. The Army Cloud is similar to Meghraj, the system used by the National Informatics Centre. It’s set to offer IT infrastructure such as servers and network security tools. According to PTI, officials in the force claim the latest technology in the sector has been used to set up the new service.

The Digi-Locker program was also launched at the same event, as another facet of the ‘Digital Army’ initiative. The project is akin to the e-Locker enterprise started by the Digital India campaign. Other than providing a safe space to store data, it also comes with numerous features like digital signatures and watermarking.

Also See: NASSCOM comes up with task force for making India a cyber security hub in the future

Officials think the Army Cloud and Digi-Locker systems are essential steps towards cyber security. It will serve as an introduction to carrying soft copies of information via CDs, DVDs and removable media. They further want to shift the military from a platform- centric to a network-centric entity, using technology as a force multiplier.