Unpleasant as it may sound, India has joined Pakistan and Turkey amongst the top three countries to have coerced Facebook to apply content restrictions on what they deem to be questionable material. The figures come courtesy of the social network’s third Global Government Requests Report, an initiative that was kicked off in reaction to the Edward Snowden controversy which got millions of people worrying about their online privacy.

The latest report covers January to June of this year and lists the nations where Facebook is available as well as the number of requests for user data received from each. The US, India and Germany grab the first three places, with 15433, 4559 and 2537 such petitions being submitted, respectively. The interesting thing is that no Facebook posts were asked to be blocked in the US in spite of the country’s government having made such a comparatively high number of demands. 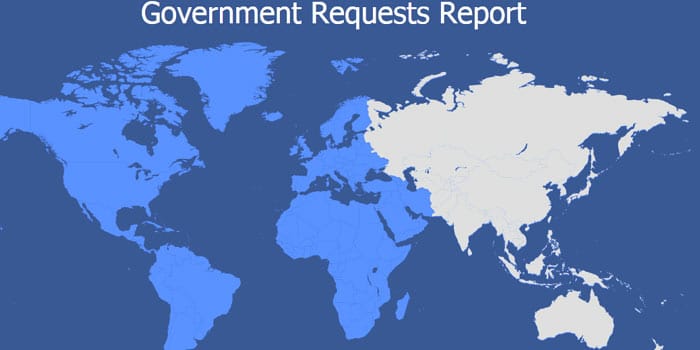 On the other hand, India tops the roster with 4960 requests for content restrictions being sent to Facebook. Afghanistan, Bahrain, Brunei, Ecuador, Georgia, Guatemala, Liechtenstein, Monaco, Oman, Palestine, Paraguay, Senegal, Sudan and Thailand only sent out 1 request each for user data in the first half of 2014. The social networking site claims to have complied with 50.8 percent and 80.1 percent of the demands made by India and the US governments, correspondingly.

Facebook is not bound to co-operate with official requests for user data or blocking of posts unless legal matters such as security threats compel it to do so. Even though it is forced to operate in a region in consideration of the local laws governing that place, it can refuse to turn out its pockets when a petition is too vague or broad. During the period represented by the company’s newest report, it was faced with a total of 34946 applications for user data.