NASA astronaut Terry Vrits has been sharing some breathtaking photos and Vine videos of city lights and lightning strikes over India as seen from space, through his Twitter account. Vrits is currently the commander of Expedition 43 to the International Space Station (ISS), a mission which kicked off in March 2015.

The first photograph shows moonlit clouds floating over the Indian (southeast) coastline. This gorgeous view of wispy clouds and city lights covers Bangalore, Chennai and Hyderabad. The second image shows Chennai in all its nighttime glory, while the Vine video embedded below captures a huge lightning storm raging over the country. 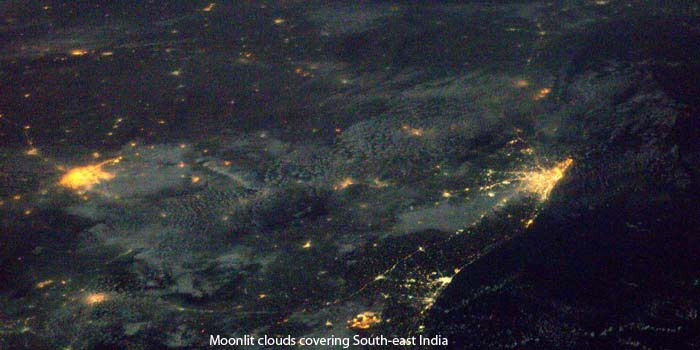 Vrits also shared a photo of Ahmadabad at night, a daytime view of the river Ganges, a Vine video of a night flight along the eastern coast of India and a clip of the whole country sparkling with city lights starting from Delhi and ending with Chennai. Check out Vrits’ Twitter account to see more pictures of the Earth including an aurora over Australia, the peaks of the Himalayas bathed in sunlight and much more.

Astronauts Terry Vrits, Anton Shkaplerov (Russian Federal Space Agency or RSA), Gennady Padalka (RSA), Samantha Cristoforetti (European Space Agency or ESA), Scott Kelly (NASA) and Mikhail Korniyenko (RSA) form the crew members of Expedition 43. Vrits, Shkaplerov and Cristoforetti are expected to return to Earth by early June this year, while the rest of the group will stay aboard the station in order to commence Expedition 44. 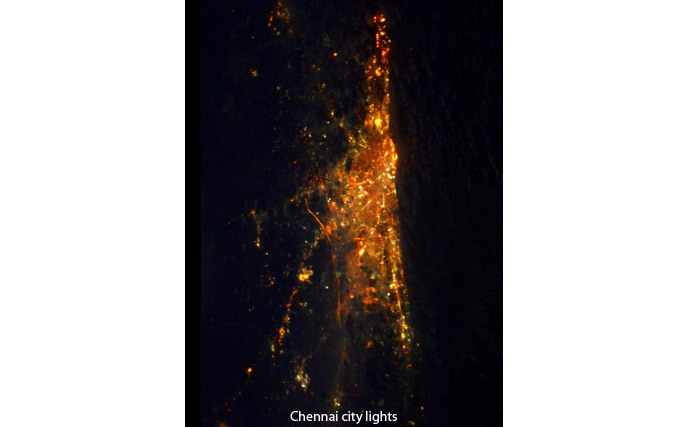 The Russian cargo craft Progress 59, which was supposed to resupply the ISS was lost recently. The next one called Progress 60, will fire off in July 2015. Hence a new schedule has been made for traffic to and from the station. So Vrits (along with Shkaplerov and Cristoforetti) will have more opportunities to tweet those amazing pictures and Vines of Earth as seen from space in the mean time.