Home Google Google gets a rap across the knuckle for showing incorrect map of...

You’d have thought that Google would be a pro at plotting maps by now, even though Indian authorities have filed a case against the company for posting misleading cartographic information on several of its sites. The tech giant has been pulled up for gross misrepresentation of the actual coordinates of the country’s borders, in its online maps.

The complaint against Google Maps was submitted by the Survey of India (SOI) which has had some unsavory history with the company with regards to its cartographic activities. The government body had caused the CBI to launch a preliminary inquiry against Mountain View in 2013 due to an online contest it hosted. 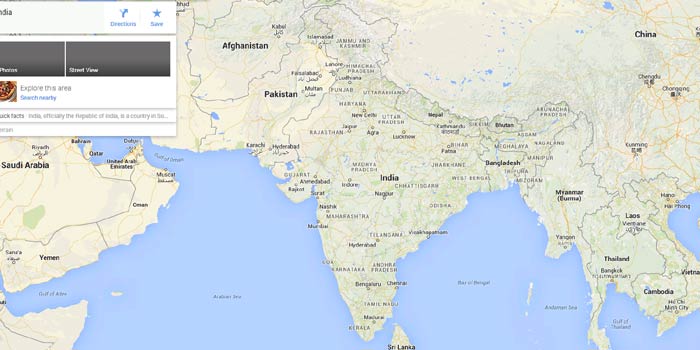 Google was accused of having leaked coordinates of classified areas not officially included in the maps of India to the Internet. Only the SOI is permitted to undertake ‘restricted’ category surveying and mapping, according to the law. All other government, individual or private entities are not allowed to carry out such activities.

In reply to a question raised in the Lok Sabha, the Minister of State in the Information and Broadcasting Ministry, Rajyavardhan Rathore, noted that the SOI has acted on the latest complaint against Google. The company was found to be displaying the incorrect map of the nation on its websites specific to China, Pakistan, India and more.

It counts as an offense under 69-A of the Information Technology Act, 2000. In a post on the Economic Times which refers to a PTI report for this story, Rathore is said to have revealed that a nodal officer has been picked by the SOI to handle such issues. This complaint against Google Maps dates back to 2013, going by the news.