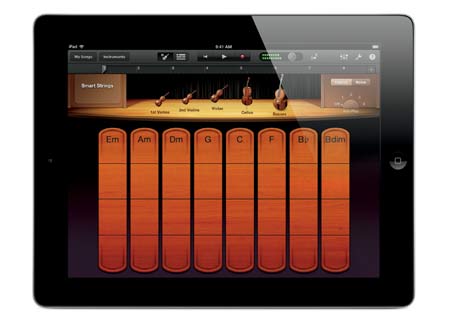 Three Apple announcements making their way into the iLife assortment for iDevices are iPhoto, iMovie 1.3 and GarageBand 1.2. This collection of software aims to exploit the attributes of the new iPad and that of other iOS gadgets too.

The first inclusion namely, the iPhoto app has now been redesigned to take complete advantage of the instinctive multi-touch gesture capability and Retina display on the iPad and iPhone. Almost all the important variables like color, contrast and exposure can be controlled easily with the app. Moreover, simple taps should help users compare pictures as well as mark the best ones.

Intuitive fingertip brushes coupled with Apple-designed effects should improve the overall quality and appearance of the pictures. Besides the content being shareable via social networking services, it can also be beamed between an iPhone and iPad. iCloud may be accessed to create photo journals that can be presented on the web and shared with pals.

“With the introduction of iPhoto, we’ve brought the entire suite of iLife apps to iOS and users are going to love it. Whether brushing an effect onto a photo, shooting a movie trailer or jamming with friends to record a song, iPhoto, iMovie and GarageBand let you make amazing creations on iPad and iPhone,” cited Philip Schiller, Apple’s senior vice president of Worldwide Marketing. 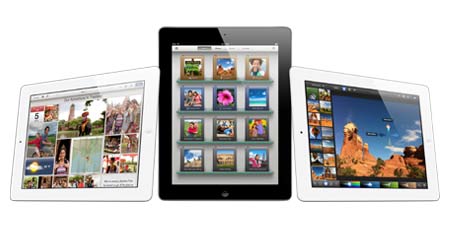 The updated iMovie incorporates Theater view that permits transforming HD videos into movie trailers even as content is being recorded. It can be streamed to Apple TV via AirPlay for watching the footage in HD. Those aiming to start their own fun band now have Jam Session in GarageBand working for them. With this, users can wirelessly connect to iOS devices and record songs in group settings. The tempo, chords and key of the Touch Instruments are synced intuitively. Other features include the Smart String touch instrument and Note Editor that could get owners glued to the app.

The iPhoto, iMovie 1.3 and GarageBand 1.2 price details read at $4.99 each and they are up for download through the Apple App Store.