Idea Cellular has launched a new 3G phone dubbed ID 4000 for Rs 4999 and just like SSTL did with the MTS Blaze 5.0 recently, the company has bundled it with data plans. But they’re not as generous and include a Rs 259 package for 1.6GB of 3G data and free Idea TV access for three months.

Existing 3G customers can avail of the aforesaid Idea Cellular 3G ID 4000 offer and new users have to shell out Rs 261 for the very same plan. The handset will be sold in 11 circles within which Idea Cellular, who claimed to have sold 7-lakh 3G phones so far, operates. 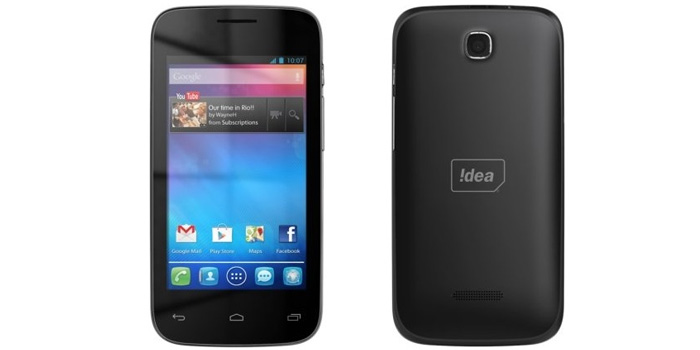 With the launch of the 3G ID 4000, the telecom company’s portfolio of 3G smartphones has swelled to 16 members. The handset in question has an unreasonable price for a low-end Jelly Bean gadget considering the volley of inexpensive KitKat-powered options which have been hitting the Indian market of late.

Sporting a smallish 4-inch HVGA display, the Idea phone arrives with 512MB of RAM, and a 1GHz dual core chipset, probably of MediaTek origin. It offers users 512MB of ROM and the memory can be expanded further by slipping a microSD card into the provided slot.

The Idea ID 4000 will be launched in various states across India such as Maharashtra, Goa, Andhra Pradesh, Himachal Pradesh, Kerala, Madhya Pradesh, Punjab and Uttar Pradesh amongst others.