The newly launched iberry Auxus Note 5.5 is attempting to make a statement by landing with an in-built fingerprint scanner which is supposed to give handsets an added layer of security. It grabs a price tag of Rs 13990 which puts it in direct competition with the extremely popular Xiaomi Mi3 that’s ‘selling like crazy’ at the moment.

There’s an iberry Auxus tablet which has been unveiled as well, but we’ll talk about that one later. The Note 5.5 smartphone is among the very few devices on the globe that offer a gimmicky fingerprint scanner. This trend was started by Apple’s iPhone 5S and was followed immediately by the HTC One Max and the Samsung Galaxy S5. 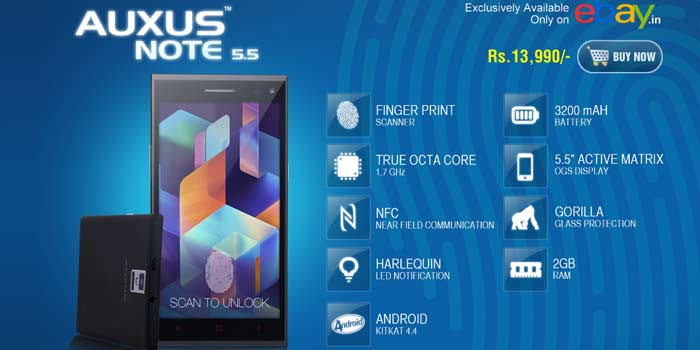 Running on the Android KitKat OS, the dual SIM Auxus Note 5.5 handset offers a 5.5-inch 720p HD screen and an octa core 1.7GHz processor that’s supported by 2GB of RAM. A 13MP rear camera and an 8MP front-facing snapper are part of its features list as well, and you can find a 3200mAh battery under the hood.

Coming to the all new iberry Auxus AX04i tablet, this entry-level device kicks in a 7-inch IPS touchscreen. The AX04i tablet offers dual SIM connectivity and gathers steam from a 1.3GHz dual core processor that combines its muscle power with 512MB of RAM. This tablet of Android runs the KitKat OS to make sure people find it as attractive as possible. 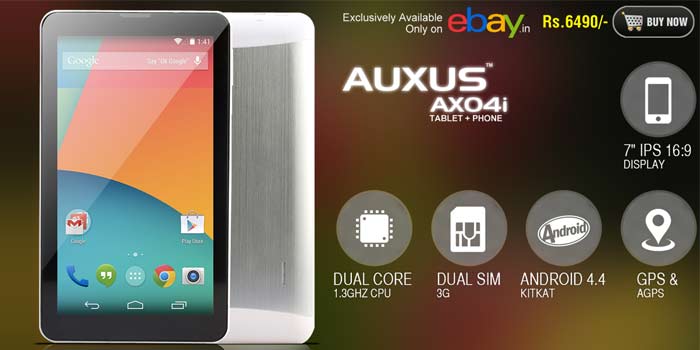 The iberry Auxus Note 5.5 and the Auxus AX04i will be sold online exclusively via eBay starting from August 21. While the smartphone will be priced at Rs 13990, the tablet will be up for grabs at a comparatively low cost of Rs 6490.