The newly unveiled iBall Slide D20 tablet has just been released in India with a Rs 7299 price tag, comes equipped with dual SIM slots and 3G support. It bears a 7-inch display, and offers dual core performance, apart from a number of other components that suit its asking amount.

The iBall Slide D20 smartphone bears a 6.95-inch display in reality, but that does qualify it as a 7-inch tablet. Describing it to have been blessed with a narrow frame, a slim design and a comfortable grip, its makers have revealed that the device bears a leather-like texture coating on its rear surface. 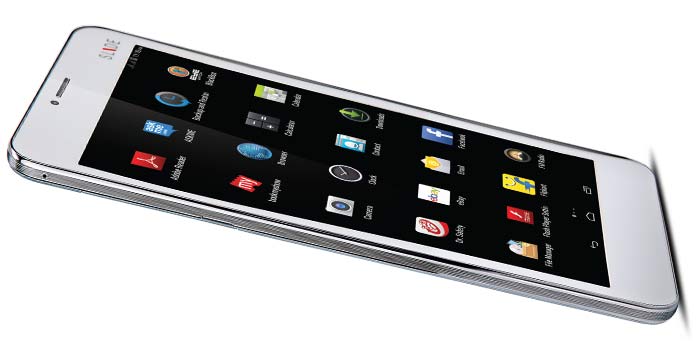 Also known as the iBall Slide 3G 6095-D20, this tablet runs on a 1.3 GHz dual core processor, and ships with 1GB worth of RAM onboard. To satisfy owners’ storage needs, the company has equipped the slate with 8GB of space which can be expanded further up to 32GB with the help of a microSD card slot.

Sitting comfortably on its rear is a 2MP camera that’s accompanied by an LED flash. Furthermore, on its front you’ll find a VGA snapper for clicking selfies and video chatting.

Here’s a good look at the specs of the iBall Slide D20 :

The iBall Slide D20 will be rolled out in India soon, with its price set at the above mentioned value of Rs 7299.