The iBall Slide 6351-Q40 is the Indian OEM’s latest addition to its long running tablet series and it’s probably the cheapest quad core slate it has to offer. The device is priced at just Rs 4299 which is even lower than what you’d have to pay for a basic Android smartphone.

At the said amount, you wouldn’t expect anything fancy to be onboard. And there certainly isn’t anything to write home about except for the rear panel which flaunts an alluring texture. The iBall Slide 6351-Q40 comes with Android 4.4 KitKat preloaded and we wouldn’t get our hopes up of seeing Lollipop reach the slate. 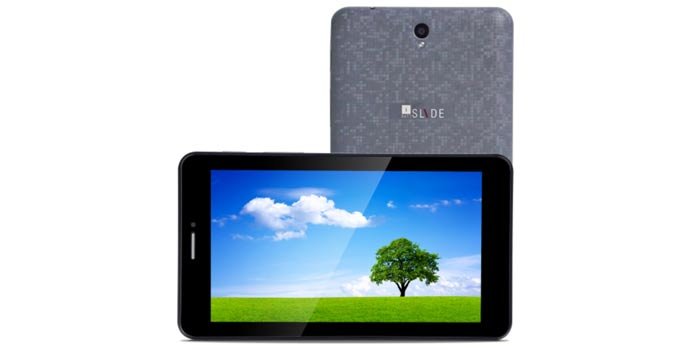 The display used here is a 7-inch one and it’s as basic as it can get with a measly WVGA resolution. As you’d expect, there’s a VGA camera on the front, while the rear flaunts a 2MP snapper with an LED flash which is a nice addition. The best feature of the Slide 6351-Q40 is its processor which is a 1.3GHz quad core Cortex A7 chip.

iBall isn’t being clear about whether the slate offers voice calling or not. The official presser makes no mention of cellular support, but there’s one line which states that the 2500mAh battery is capable of up to 11 hours of talk time or around 20 days of standby. And while this information hasn’t been provided on the online listing, there’s mention of 2G and 3G support.

The iBall Slide 6351-Q40 is currently available for purchase at the aforementioned price through Snapdeal.