The iBall Slide 1044 tablet is expected to make its official debut in India soon and the slate has some pretty interesting features onboard, especially in the CPU department. The device is basically one of the first Android Tablets from a local OEM to use the Intel Bay Trail.

The iBall Slide 1044 gains steam from a quad core Atom Z3735G processor which is a variant of the Z3735F that’s found on most of the new affordable Windows 8.1 tablets from local OEMs and also popular international brands like HP and Lenovo amongst others. The new device falls in the 10-inch category and it proffers visuals at 1280 x 800 pixel resolution. 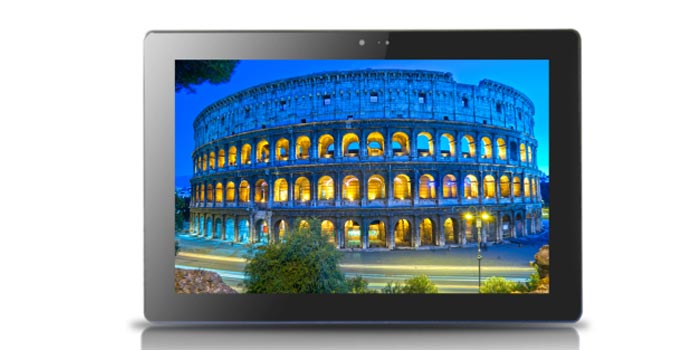 Accompanying the CPU on the inside is 1GB of RAM and 8GB of storage. The iBall slate also has a microSD card slot which can support up to 64GB of external memory. What’s more, it runs on Android 4.4 KitKat and is most likely eligible for an update to Lollipop, but that’s yet to be confirmed.

The Slide 1044 tablet is powered by a 4000mAh battery and while there are no official estimates as yet, you can expect around seven hours of activity on a single charge. Other attractive features onboard the device include miniHDMI output, Bluetooth 4.0, USB OTG and support for external 3G dongles since there’s no cellular connectivity built-in.

There are no price or availability details for the iBall Slide 1044 as yet and the tablet has only been listed on the company’s website so far. However, this clearly means that an official launch is just around the corner, so stay tuned.