If we had a dollar bill for every selfie phone that was released lately, like this new iBall Andi 4.5M Enigma, we’d save it up for the upcoming iPhone 6. Mind you, we’re not sworn lovers of Apple, but we do like to tinker around with the latest in gadgets.

As for the iBall handset, it has a mention-worthy 8MP snapper above the display for taking selfies to your heart’s content. Its 13MP and 8MP camera combination can also be found on the Xiaomi Mi 4, Huawei Ascend P7 and HTC Desire 820 amongst others. But what’s missing is the flash which should ideally accompany a high res front lens, an attribute we saw on the Lava Iris X5 most recently. 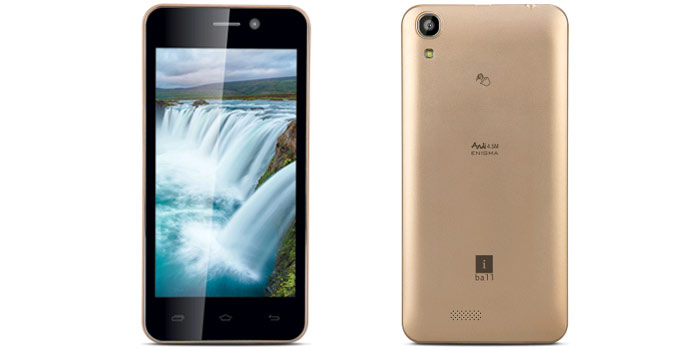 The fixed focus camera perched above the Andi 4.5M Enigma’s screen allows an 88-degree wide angle view. Its 13MP partner is accompanied by a BSI sensor, auto focus and an LED flash unit. iBall has noted that its new smartphone features a rear touch sensor without explaining which particular functions are granted to it. Flip to mute and auto call recording are also on the table with regards to this handset. 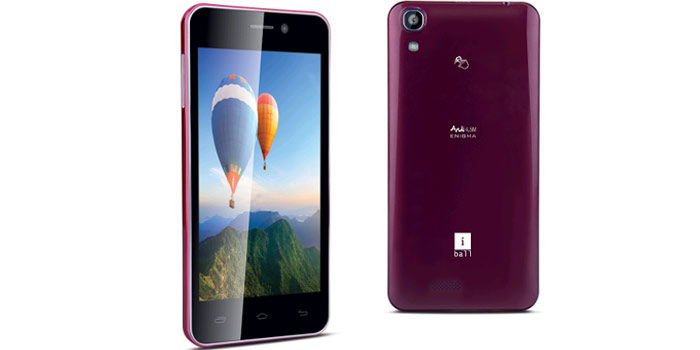 The iBall Andi 4.5M Enigma is currently sitting with a ‘Coming soon’ banner above it. We’ll tell you when it hits market availability status.