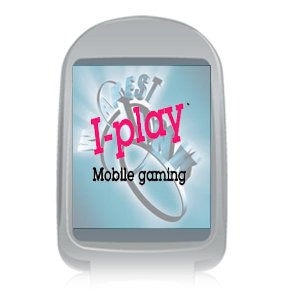 From the beginning, I-play has always created several fantastic mobile games. This mobile entertainment company, today, announced the launch of the third game in the hugely successful mobile series called “The Weakest Link 2008” in North American and UK.

The mobile version of ‘The Weakest Link’ brings all the excitement of the famous television show direct to your mobile phone. The game includes sharp-witted phrases and a wealth of challenging questions. The challenge is to answer a series of multiple-choice questions on a variety of subject categories all before time runs out.

This is a single-player quiz game for the seasoned trivia player. The game challenges the players with a range of questions across all categories including entertainment, geography, history, general knowledge, nature and science.

The television show is aired since the past six years, making it one of the best TV branded shows with high awareness and lasting appeal. The game is broadcasted in over 23 countries.

The new mobile version of the Weakest Link is the latest deal for BBC Worldwide’s mobile division delivering photo-realistic graphics. The mobile game is occupied with biggest number of questions ever packed with more than 1,500 nail biting questions and answers. It also includes the ability to personalize contestants with ten different avatars with photo realistic graphics and animated emotions for extra realism.

“This casual, trivia title has had a huge following in Europe and North America already, and successfully combines a stimulating mental challenge with compelling mobile fun, which should make it another hit.” says David Gosen, President, I-play.

This quiz game, based on BBC Worldwide’s popular trivia television show format has more than three million viewers in the UK each week and six million in the US. Now fans of the television show “The Weakest Link” will be able to test their own wits and knowledge by taking on this latest challenge to see if they can escape being “The Weakest Link.”