The Huawei Honor 8 Pro has landed in India, a few months after getting launched in China under the name Honor V9. The handset later hit Europe and the UK as the Honor 8 Pro in April.

It makes sense for Huawei to stick to this naming scheme given the presence of the Honor 8 Lite and Honor 8 in India. The Honor 8 Pro is a direct upgrade over the latter, sporting a 12MP dual-camera setup of its own furnished with an aperture of f/2.2, LED flash, 4K video recording skills, and laser autofocus.

Huawei’s imbued the module with its signature color + monochrome combination to allow for higher-quality photos when the two are blended together. Other top highlights include its ample 6GB of RAM and 4000mAh battery. The former works in tandem with a Kirin 960 processor and Vulkan API for fast processing speeds. 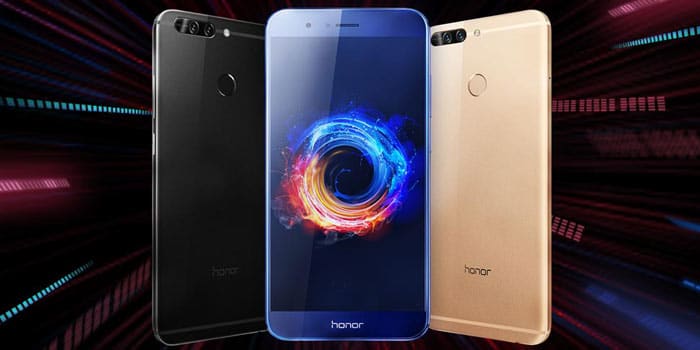 The latter is supposed to last for up to 2 days of regular usage and 1.5 days of heavy usage. A Jaunt VR app comes preloaded, while the packaging itself turns into a Google Cardboard. The 5.7-inch Quad HD screen is supposed to guarantee cinema-standard levels of color accuracy and detail.

Check out the specs of the Huawei Honor 8 Pro:

Also See: Honor 6X to be sold via Amazon rather than Flipkart

The Honor 8 Pro is priced at £474 (roughly Rs 38930). Local price details aren’t available yet. The handset is set to hit Amazon India in the first week of July.