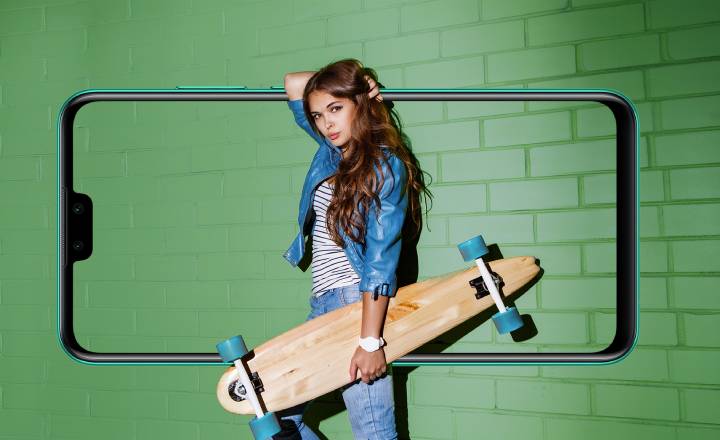 Huawei has just made a new smartphone named Y8s official. The device can be spotted on the company’s Jordan website without any price or release date details. What we do know are the specifications it has espoused, and they include a dual selfie camera setup that sits inside a notch on its front surface. Emerald Green and Midnight Black are the two color options this phone will be sold in.

The Huawei Y8s adopts a 6.5-inch full HD+ display that spreads almost along the entirety of the front surface. The small bezels give the phone a neat and exquisite appearance. On its rear, you’ll find a set of two cameras, the main one among them being a 48MP sensor and the other, a 2MP depth sensor meant for offering bokeh effects in portrait shots. This camera also boasts of the Super Night Shot mode that uses AI to return sharp and crisp images under low light.

As revealed by Gadgets 360, its front camera setup includes an 8MP main camera and a 2MP depth sensor. This Huawei phone runs on the company’s Kirin 710 chipset that’s equipped with a 2.2GHz octa-core CPU and a Mali G51-MP4 GPU. 4GB of RAM is standard, while storage can be chosen between 64GB or 128GB. A microSD card slot is indeed present on the handset. Coming to the battery, it houses a 4000mAh unit inside it, but there’s no fast charging support, unfortunately. Another highlight of this phone is that it grabs a headphone jack.

There’s no word on when the Huawei Y8s will start arriving in global markets, but we’ll keep you posted on all the latest. As of now, we know that it’s an affordable handset that could release in the coming weeks.