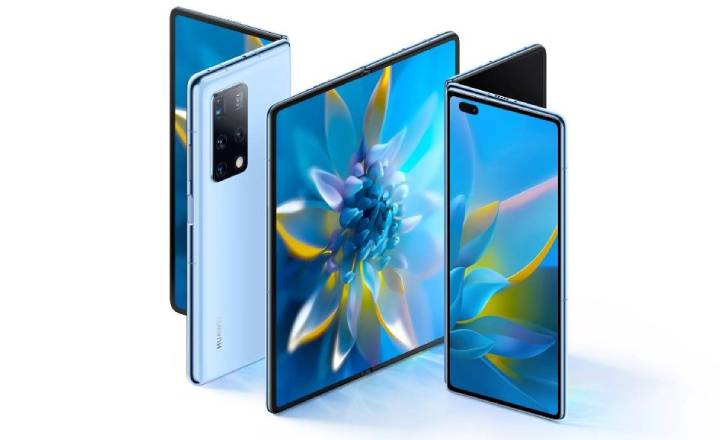 Huawei has unveiled the Mate X2, its next-gen foldable smartphone with a new design language. While its predecessor totted an outward folding display, this one sports an inward folding panel, which is reminiscent of the Samsung Galaxy Galaxy Z Fold 2. For now, the phone has only been unveiled for sale in China, but there’s no harm in expecting it to arrive in other markets later on.

Huawei has blessed the phone with its in-house Kirin 9000 5G SoC, which has been built with a 5nm fabrication process. It’s equipped with a 3.13GHz octa-core processor and a Mali-G78 GPU. 8GB of RAM is common for both its 256GB and 512GB storage models, while a microSD card slot is also present on the device.

The quad-camera setup of the Mate X2 is Leica-certified and includes a 50MP f/1.9 main camera, a 16MP ultra wide-angle camera, a 12MP telephoto camera, and an 8MP camera with 10x periscopic optical zoom. This allows it to offer up to 20x hybrid zoom, and up to 100x digital zoom. On the front, this Huawei phone holds a 16MP camera. A 4500mAh battery powers the phone from within and supports 55W fast charging.

The Huawei Mate X2 has been priced in China at around CNY 17,999 (approximately Rs 2,02,000), while the 512GB storage version will cost CNY 18,999 (approx Rs 2,13,000). In terms of availability, the smartphone will go on sale in China later this month, from February 25. At the time of launch, Huawei has not revealed information about the availability of the Mate X2 in other countries.