Chinese conglomerate Huawei that’s also a top contender in the smartphone market has managed to secure a deal with Bharti Airtel in India where it will be supplying equipment for the operator’s 4G rollout in select locations. The agreement stands for a total of 3 years and it’s applicable in the circles of Karnataka and Tamil Nadu.

As per the deal, Huawei will be providing Airtel with the necessary hardware including base stations to enable high speed data access on the 1800Mhz band over FDD-LTE. The deal is apparently the second largest in the country to use the said frequency with the FDD-LTE technology, notes the Economic Times. However, no financial details about the tie-up have been revealed as yet. 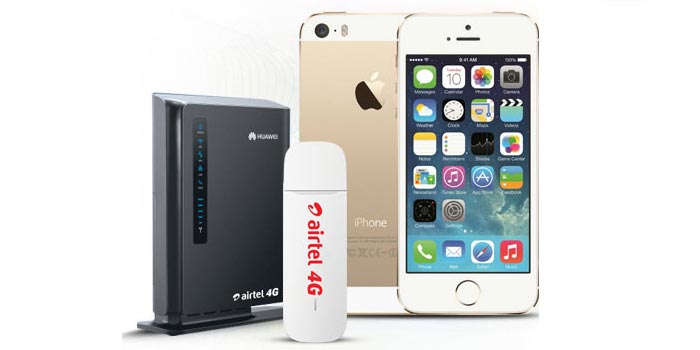 Bharti Airtel has already started rolling out its 4G network in various locations across India. The operator has used TDD-LTE technology over the 2300Mhz band in 15 cities, out of which Huawei has been providing assistance in the Karnataka and Delhi circles.

The company has also gotten into a 4G agreement with Ericsson which has been supplying it with base stations and other equipment for setting up LTE networks in two circles. The technology used here is FDD-LTE which has been widely adopted globally unlike TDD-LTE. Additionally, Airtel has managed to secure 1800Mhz frequency in 15 circles which include Kolkata, Delhi and Mumbai.

Earlier this month, the operator launched its Infinity Wi-Fi Dongle for Rs 1999 which acts as an extension to its digital TV HD box allowing customers to access on-demand services including streaming movies, TV shows, sitcoms and a lot more. It also enables features such as pause, rewind and fast forward amongst others.

Huawei India’s Chief Executive, Cai Liqun, has disclosed that trials have already been started for Bharti Airtel’s 4G services in both circles.