March 13 was only a showcase for the Huawei Honor 6 Plus in India and the company plans to launch the smartphone in the country next week. March 24 is the expected date of availability and the device will be made available through a major online retailer.

The company hasn’t specified which e-commerce giant it has partnered with, but seeing as the majority of its devices are exclusive to Flipkart, there’s a good change that the OEM will use the same retailer for the Huawei Honor 6 Plus. Also, there’s no word on how much the device will cost, but it’ll most certainly be an affordable option. 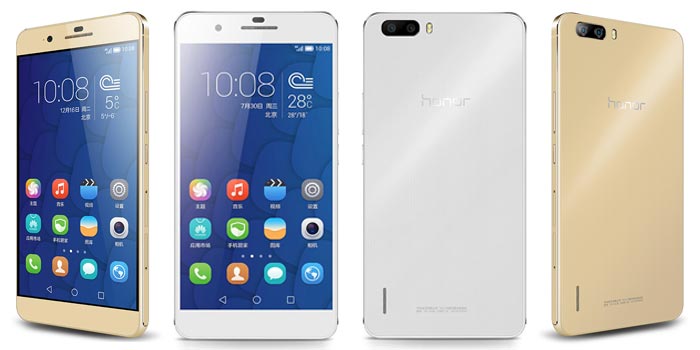 The Huawei smartphone is basically a beefier version of the Honor 6 which went official last year. The device offers the same attractive design, but in a much larger form factor. The screen size has basically been bumped up to 5.5 inches, but the resolution remains the same at 1080p.

Additionally, the Honor 6 Plus comes with a beefed up processor, the Kirin 925 which has a 1.8GHz octa core configuration. The main highlight of the handset is its dual 8MP rear cameras which enable SLR-like capabilities, better low-light imaging and quick AF. The phone also packs a pretty huge battery of 3600mAh.

The original phone is selling for Rs 17999, but the Huawei Honor 6 Plus will most likely be priced close to Rs 30000 considering that it packs better hardware, not to mention the bionic parallel dual lens system it has to offer.