The Huawei Honor 4C smartphone is the latest budget release from the company and the device has been officially launched in China and will be arriving in other markets soon. The handset sports a stylish design which encases attractive features making it one great competitor to budget devices phones from other Chinese OEMs.

The Huawei Honor 4C is basically the successor to the Honor 3C from last year. It has a premium design where the sides look to be made from metal, while the back panel flaunts a textured silk look for a comfortable feel. On the front, the display which is a 5-inch 720p HD panel, occupies 76% of the total space and there are extremely slim bezels on the sides. 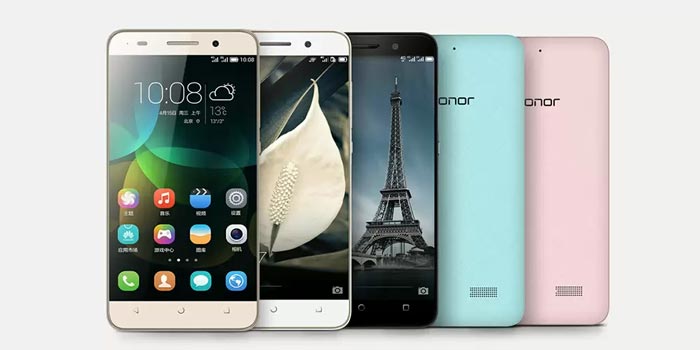 Additionally, the Huawei phone also has a 5MP selfie camera on the front with a wide angle lens, while the rear snapper is a 13MP one with an LED flash. The handset has a thickness of 8.8 mm and it weighs around 162 grams. Coming to the innards, it is powered by an octa core processor.

It has either the Snapdragon 615 chip from Qualcomm or the company’s own HiSilicon Kirin 620 depending on the destined market. For memory, there’s 2GB of RAM, 8GB of storage and a microSD card slot. The Honor 4C also packs a pretty large battery of 2550mAh which can deliver up to 48 hours of heavy usage.

The Huawei Honor 4C will be available from May 7 through the company’s Vmall online store and Alibaba’s Tmall store priced at 799 Yuan (around US$130 or Rs 8142).