Available for purchase now is the Huawei Honor 3C which has been equipped by its makers with a healthy set of specifications that push it in the mid-range category. Priced at Rs 14999, this smartphone can be bought now through a number of different e-retailers in the country.

The Honor 3C from Huawei features a 5-inch touchscreen display with 720p HD resolution on its front surface. It’s a dual SIM device which runs the Android 4.2 Jelly Bean OS. This choice might have worked a few months back, but with every other handset now carrying the KitKat version onboard, Huawei should have taken notice. 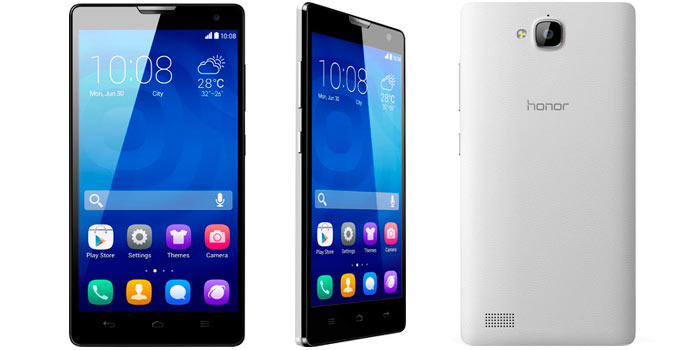 Powering the Honor 3C handset from within is a 1.3GHz MTK MT6582 quad core processor which is backed by 2GB worth of RAM and a Mali 400 graphics processing unit.An 8MP camera rests on its rear surface, while its front is occupied by a 5MP secondary camera.

Sized at 71.4mm x 139.5mm x 9.2mm, the Huawei Honor 3C handset tips the scales at 140g. It ships with 8GB of storage onboard but there’s scope for further expansions thanks to its microSD card slot.

Here’s a neat look at the specs of the Huawei Honor 3C:

Online shopping portals like Flipkart, Snapdeal, Amazon, Saholic and more are currently offering the Huawei Honor 3C with their usual set of offers.