Huawei has supposedly chosen an unfamiliar e-retailer so as to sell the Ascend W2, giving out the smartphone’s specifications and price in the process. Now the next iteration of the China-based conglomerate’s first Windows Phone had previously been rumored to grace the company’s dais at the MWC this year, but that clearly didn’t happen.

The handset happens to be a budget phone just like its predecessor, but it is the list of its components which seems to be gathering a lot attention currently. In spite of being put up on sale at $289, the device shows off attributes for it enough to vie with high-end WP8 gadgets. 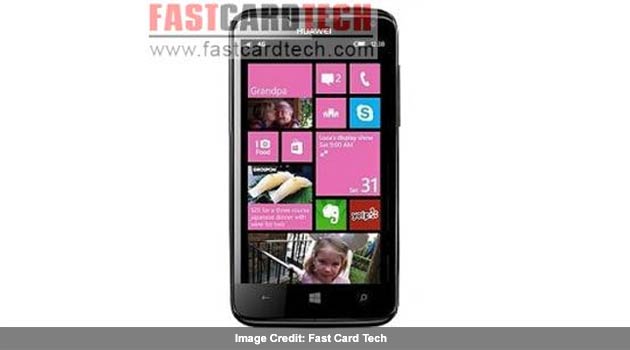 According to the spec sheet provided by the online portal, the device has been fitted with a 4.3-inch multi-touch display, using which owners will be able to watch visuals in HD. The rear panel apparently accommodates an 8MP camera featuring autofocus, an LED flash and full HD recording. If rumors are to be believed, the interiors comprise of a 1.5GHz Qualcomm Snapdragon processor, 1GB of RAM and a 2,000mAh power pack. Employing this battery should grant up to 150 to 200 hours of standby.

It may have crossed some people’s minds that internal storage or expandable memory details haven’t been disclosed. The folks over at Windows Phone Central have pointed out that buyers will be able to opt for 4GB, 8GB, 16GB or 32GB as their storage space options. The catch here is that the choice isn’t given with respect to inbuilt capacity, but a TF card. The leaked list of components has moreover denoted the inclusion of Wi-Fi 802.11 b/g, Bluetooth 2.1, A-GPS and DLNA.

These attributes of the Huawei Ascend W2 have been proffered at amount mentioned above by Fast Card Tech. Since the site has just taken the leap out of an anonymous chasm, the aforementioned post advices us against purchasing the smartphone before it is backed by some concrete information.