After having made its debut back in June 2014, the Huawei Ascend P7 has finally found time to reach India though its price tag of Rs 24799 is not something that will please potential buyers in the country. This smartphone that’s half a year old will hence definitely find it hard to establish itself in a market where better devices are available at much lower rates.

Take for instance the OnePlus One which although hard to get, is an extremely inviting option with its Rs 21999 cost. And then the Huawei Ascend P7 will also be competing against the selfie-focused Sony Xperia C3 and Lenovo’s Vibe X2 which are selling in India right now at Rs 19195 and Rs 19999, respectively. 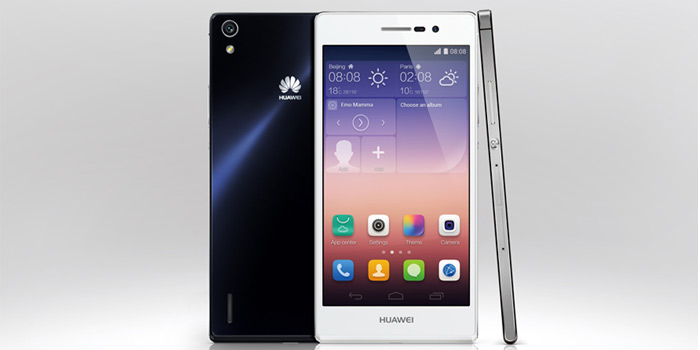 This just-launched Huawei phone offers a 5-inch 1920 x 1080 pixel full HD display and runs on a Hi-Silicon Kirin 910T chipset bearing a 1.8GHz quad core Cortex A9 processor. While 2GB worth of RAM has been granted to it, its storage has been kept tied at 16GB but it’s expandable up to 64GB via the device’s microSD card slot. A 13MP rear camera, an 8MP front snapper and NFC support are some of this phone’s other highlights.

Here’s a quick glance at the kind of specs the newly released Huawei Ascend P7 packs inside it:

The Huawei Ascend P7 is now being sold in a black colored model all across India at the above mentioned retail value of Rs 24799.