Rumors had told us what to expect of the HTC Desire Eye and the new RE camera, but things have become a lot clearer now that the company has willingly given up official details about these two devices. While the former is a selfie phone offering an awesomely high resolution 13MP front-facing camera, the latter is a GoPro-rivaling action camera that’s waterproof and much else.

First, let us take a look at the HTC Desire Eye which has been blessed with the selfie phone tag that’s all the rage at the moment. Its 13MP front snapper is accompanied by a dual LED flash and moreover, its rear surface too houses a 13MP camera and the same flash. 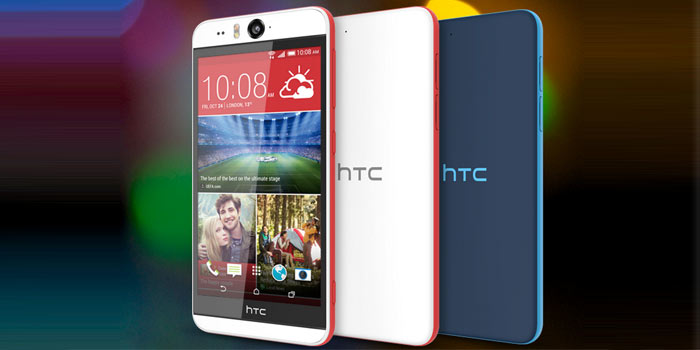 It features a 5.2-inch 1080p full HD display and an IPX7 rating for underwater use. Along with this smartphone, the HTC Eye Experience software suite has also been announced by the company. This bunch features a ton of interesting photography capabilities like simultaneous shots through the front and rear cameras, some selfie gimmicks and even video chatting. Apart from the Desire Eye, this suite will also be doled out to other HTC handsets in the coming months.

Here’s a nice look at the specs of the HTC Desire Eye smartphone:

Now coming to the HTC RE camera, this little device may look like a tiny periscope or an inhaler to you. But in reality, it’s an action camera with a wide-angle 146-degree lens and a 16MP sensor. There’s no power button on it as it gets switched on by sensing your touch. 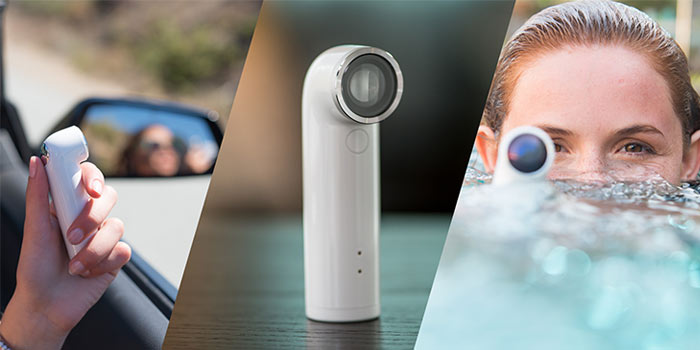 This snapper features Bluetooth and Wi-Fi support for syncing photos to other devices, whereas it also enables time-lapse and slow-motion clips. It comes equipped with a 820mAh battery that can help it capture 1200 photos or 1 hour and 40 minutes of 1080p full HD footage at one go.

The HTC Desire Eye will start being doled out by carriers and retailers in the US first, following which it will be arriving in EMEA and Asia this October. The HTC RE camera on the other hand, will be entering the US in November 2014, while its release in other territories will take place after that.