The HTC Desire 728 Dual SIM has been launched in India, the latest entry in the series set to grace shelves in the country starting from the second week of January. It’s been slapped with a Rs 17990 price tag and will be offered in white luxury and purple myst colors.

The 4G-ready HTC Desire 728 Dual SIM had first arrived on the scene when it was unveiled in China back in September last year. The phone offers the standard set of specs for a mid-range product. It comes packed with 2GB of RAM and 16GB of internal storage, which can be expanded up to 2TB via a microSD card slot. 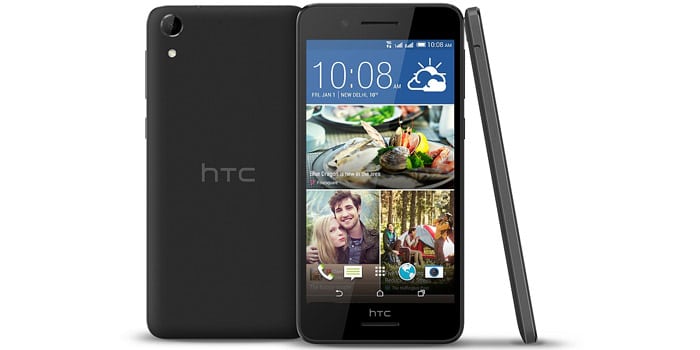 The HTC handset displays its visuals through a 5.5-inch IPS screen which offers a resolution of 720 x 1280 pixels. It runs on Android 5.1 Lollipop with the brand’s own Sense UI skinned on top. Under the hood, an octa-core 1.3GHz MediaTek MT6753 processor handles the smartphone’s daily tasks, while a 2800mAh battery provides the fuel for these operations.

A quick look at the top specs of the HTC Desire 728 Dual SIM:

The Desire 728 Dual SIM can apparently last for 485 hours of standby time on 2G and 21 hours of talk time. Moving on to its photography skills, the Desire 728 Dual SIM has been granted a 13MP camera accompanied by LED flash, alongside a 5MP selfie shooter. It comes fitted with HTC BoomSound, which uses Dolby Audio to output surround sound through its dual front speaker system.

Once again, the HTC Desire 728 Dual SIM will be available through offline outlets in India at Rs 17990.